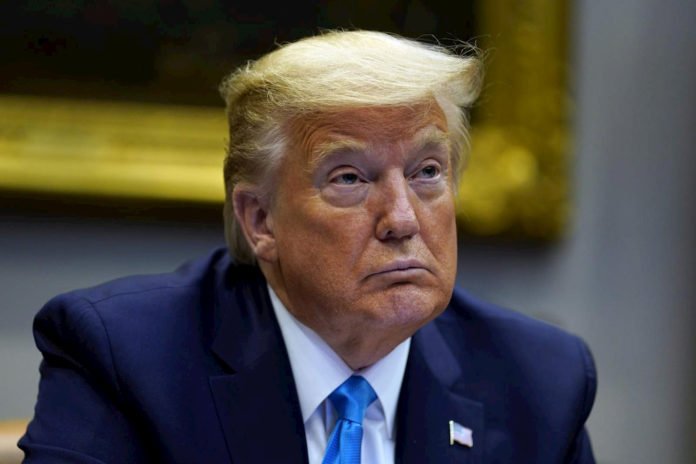 ‘Life is a game, play it; life is a challenge, meet it; life is an opportunity, capture it”.This popular quote fits perfectly with Donald Trump’s approach towards life. Born in a wealthy family, he could have just sat back and enjoyed the money his ancestors earned. But Donald Trump chose to play the game called life and reached the pinnacle of the world as the 45th president of the United States.

Donald Trump is a versatile personality in the truest sense of the word. He has donned the hat of an entrepreneur, a TV celebrity, and most famously ‘the president of the US’. Donald Trump has a very headstrong personality. People have different opinions about him, but he simply does not care. And, he lives a flamboyant lifestyle that most people can only dream of.

Born on June 14, 1946, Donald Trump is the son of a real-estate mogul Frederick Christ Trump and Mary Anne MacLeod Trump. He was born in a hospital in Queens, New York City and grew up in Jamaica Estates, an upper middle-class neighborhood.

Although Donald’s father had a German ancestry, he claimed to have a Swedish background in order to avoid anti-German sentiments. Donald did the same thing.

After Trump completed his education, he joined the family business established by his grandfather Fred Trump. The real estate business was named after Donald’s grandmother Elizabeth Trump and it was known as E. Trump & Son.

Donald Trump went on to become a successful businessman and a famous American personality. It automatically brought him fame and made him popular amongst women. He has been linked with dozens of women in the past and married thrice in his life.

The first Donald Trump wife was Ivana Zelníčková, who was a model at the time of their marriage. The couple had three kids together: Donald Jr., Ivanka Trump, and Eric.

The relationship was filled with many ups and downs. Over the tenure of the marriage, Ivana held several important positions in the Trump empire including CEO and president of Trump’s Castle casino resort. The couple remained married from 1977 to 1992, after which they separated through a much-publicized divorce.

After the divorce, Donald married Marla Maples. The couple stayed married for almost 7 years, and divorced in 1999. The couple had a daughter together who they named Tiffany.

Although they were officially married in 1993, their romance started much earlier. They were seeing each other before Donald divorced Ivana. With the benefit of hindsight, it is a possibility that the affair was the cause of the split between Trump and Ivana.

There were many rumored relationships between 1999 and 2005 including a popular fling with Kara Young, an American model. Apart from other women, Donald was also dating Melanija Knavs, a Slovenian model.

After many years of courtship, the couple got engaged in 2004 and later married in 2005. In 2006, Melanija (now known as Melania Trump), gave birth to Donald’s youngest son, Barron Trump.

Donald Trump is the leader of the Republican party. Primarily, he has right wing views and wants to make America great again by doing everything in his power, no matter what others think about it.

As far as religion goes, Trump was a member of First Presbyterian Church in Jamaica. But over the years, his religious preferences changed quite a bit and now he likes to call himself a non-denominational Christian. He even has a personal pastor that goes by the name of Paula White.

Donald Trump is an avid golfer and likes to play the sport whenever he gets time for it. He even owns many golf courses in America.

Donald Trump’s career can be divided into three categories:

From a very young age, Donald Trump got engaged in his family business with his father Fred. He even became the president of the ‘Trump Management’ business and took initiatives in many different directions.

In 1978, he launched many projects in Manhattan. He is known for his efforts in renovating the Commodore Hotel and the acquisition of the Plaza Hotel.

Apart from hotels, he also acquired Palm Beach estate and Atlantic City casinos. In the mid-90s, he became the proud owner of Trump Hotels & Casino Resorts, which included Trump Castle, Trump Plaza, and the Trump Casino.

Donald Trump’s business career was not always rosy. He suffered some setbacks in the 90s and came close to bankruptcy. But he bounced back after overcoming several legal battles.

After joining politics, Trump has forwarded his business to a revocable trust, which is presided over by his sons. This move has been made due to the conflict of interest that may arise because of his role as the president of the US.

TV and Other Media Career

Donald Trump is quite a showman and it was made apparent to the world via a TV series called ‘The Apprentice’. Trump’s favorite catchphrase ‘You’re Fired’ became very popular during his stint as the host of the show.

Apart from the show, he has also appeared in WWE (World Wrestling Entertainment). He has been so frequent in his appearances that WWE even inducted him in the WWE Hall of Fame as a celebrity.

Not many know that Donald Trump is the writer of 19 books on politics, finance and business. He has not actually written those books by himself but used many ghost writers for the task.

One of his books, ‘The Art of the Deal’ has been a bestseller. In the digital world of today, Donald Trump Twitter handle remains abuzz with popular quotes that are loved and loathed equally.

Donald Trump has also appeared in some Hollywood films and TV shows. He even had a cameo appearance in the popular movie of the 90s ‘Home Alone 2: Lost in New York’, but his scene was cut from the movie.

Donald Trump has been constantly involved with politics since 1987, but it never got really serious until 2015. Trump’s first presidential run was with the ‘Reform Party’ for the 2000 presidential election.

But before the election, he only got 7 percent votes in a poll, which caused him to lose his motivation and drop out of the campaign altogether.

Even in 2012, he thought about running against Barack Obama, but gave up on the plan later. All these efforts were just the starting point for something really huge.

In 2016 presidential campaign, all the efforts made by Trump came to fruition. Against all odds, he stood as the Republican candidate and defeated popular Democratic candidate Hilary Clinton.

His win was soured due to the allegations made by the Democratic party. Many alleged that he conspired with the Russians and rigged the election. Many investigations of this conspiracy are still going on while Trump is about to stand for another election in 2020.

Since taking the oath as president, Trump has been ridiculed by many celebrities and general public for his eccentric behavior and statements. But he has taken initiatives in many directions and came across as a very strong-minded president who is willing to take drastic steps to “Make America Great Again”.

He has some very strong immigration policies and is even working on building a wall alongside the US-Mexico border. Trump has signed on many travel bans, which prevent asylum seekers from many countries like Syria to come to the US.

As far as LGBT community goes, Trump has removed many rules and laws that were created by the Obama administration for the protection of the community.

In order to increase profits for domestic industries and create more jobs, Trump has taken the US out of the 2015 Paris Agreement.

Despite heavy criticism due to his unpopular policies, Donald Trump is standing in the race for 2020 election against Joe Biden.

Donald Trump net worth is estimated at 2.1 billion dollars by Forbes in 2020. He has earned most of his money through his real-estate business. Before the Covid-19 outbreak in 2020, his net worth was over 3 billion dollars, but it has dropped considerably due to the viral outbreak.