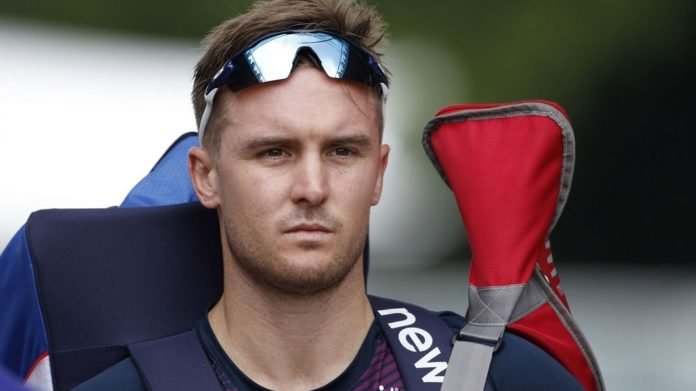 Jason Roy is one of the mainstays of England cricket team. The man from Durban moved to England when he was just 10 years old and made a name for himself in junior-level cricket. He is one of the most hard-hitting batsmen at present and is known for his batting exploits for England in the limited-overs formats. Jason Roy’s career kick-started in 2014 against India. He has featured in England’s limited-overs sides regularly after England’s unceremonious exit from the 2015 Men’s Cricket World Cup.

Jason Roy is an attacking batsman and likes to take the attack to the opposition. He opens the batting for England in both the limited-overs formats. Also, he holds the record for the highest individual score by an Englishman in ODI cricket (180 against Australia).

Roy also features regularly in all of the world’s biggest T20 leagues, including the Indian Premier League (IPL). He is one of the most popular English cricketers of the current generation. Primarily an opener, Jason Roy batted in the middle order during the 2019 Ashes series in England. Jason Roy plays for the Oval Invincibles in ‘The Hundred’ (A 100-Ball Cricket Tournament held in the UK). He played a pivotal role in England’s world cup win in 2019 as an opening batsman.

Jason Roy’s wife is Elle Moore/Roy. Roy and Moore were dating for 10 years and married each other in 2017. Roy married Moore in a lavish wedding ceremony in France. Everly, Jason Roy’s daughter, was born in 2019.

Jason Roy loves to go surfing during the weekend. Also, he likes playing golf when he is not playing cricket. Roy is a supporter of Tottenham Hotspur, an English Premier League team. As far as food goes, he loves to eat lamb meat with mint sauce.

Jason Roy is a Christian. Jason Roy is fond of tattoos and has as many as six (6) tattoos on his body, including a ‘Lion’ tattoo and a ‘Baby’ tattoo.

Jason Roy’s education includes an A-level in Business and Sports Science, which he took up in 2008. He got an opportunity to study at St. Mary’s University College but turned the opportunity down to focus on cricket.

Jason Roy’s debut for Surrey came in a Twenty20 Cup match against Middlesex in 2008. Later that year, he represented Surrey in a NatWest Pro40 League fixture against Yorkshire a day before turning 18. Roy was made part of the ECB Elite Player Development squad in September 2008. Jason Roy went to the Darren Lehmann Academy in Adelaide after earning an Easter Scholarship in 2008. He played for Reigate Priory in 2009 against Surrey’s Second XI. Roy is the first batsman from Surrey to score a century in Twenty20 cricket.

At present, he is Surrey’s first-choice opener in both the limited-overs formats and has won plaudits from the team management for putting together a string of consistent performances for the club.

Jason Roy’s ODI debut came against Ireland in 2015, but he did not get a chance to play as the match was abandoned because of rain. He started his ODI career with a string of low scores but has now become one of England’s most consistent performers with over 3500 runs in just 98 ODI matches at an average of over 40 with just nine (9) centuries. Roy Scored 82 in 61 balls in an ODI match against Australia at Trent Bridge. England went on to score 481 runs in 50 overs. He played an important role in England’s victorious ICC Men’s Cricket World Cup 2019. Roy scored a belligerent 153 against Bangladesh in a group stage match at Cardiff. He holds the record for the highest individual score by an Englishman in ODI cricket. Roy achieved the feat against Australia in an ODI fixture played at the MCG in 2017. He smashed the Aussie bowlers to all parts of the park during this innings.

He also made his test debut in the 2019 Ashes, but could not stamp his authority.

In T20 Leagues Across the World

Jason Roy is one of the most explosive batters in world cricket right now. He is someone who can smash the fastest bowlers to all corners of the park. He plays from Surrey CCC in the Twenty20 Blast. He has also represented both the franchises from Sydney (Sixers and Thunder) in the Big Bash League. He played for the Gujarat Lions in 2017 and the Delhi Daredevils (now Capitals) in 2018. Jason Roy’s Twenty20 strike rate is exceptional. He particularly like the powerplay overs and gets his team to a rollicking start, whether it is England or one of his franchises.

Jason Roy’s Twenty20 prowess revolves around one constant belief, i.e., go after the bowlers even if they’re bowling well. An odd loose ball would show up, but you need not wait for it. Just like Virendra Sehwag and Jayasuriya, he lives by the sword and dies by the sword.

In 2021, Jason Roy was roped in by Sunrisers Hyderabad. He was called in to replace Mitchell Marsh of Australia as one of the team’s overseas recruits. However, he did not get a game because Bairstow was in good form. He saw it as an opportunity to get a taste of the slow and low pitches found in the Indian subcontinent. However, IPL 2021 came to an abrupt end in the wake of rising Coronavirus cases in the country. Jason Roy’s T20 world cup preparations are in full swing while playing for the Oval Invincibles in the inaugural edition of ‘The Hundred’. He is working tirelessly on his ability to score during the powerplay overs.

Jason Roy and Younus Khan collaborated for a commercial. The advertisement was shot for Zong Network, one of the top network service providers in Pakistan. He shot the ad during his stint in the Pakistan Super League. Also, Jason Roy endorses the 2021 New Balance DC 1080 Cricket Bat.

Jason Roy is one of the richest cricketers in England. Jason Roy’s net worth is more than INR 15 crore (as of 2021). He is one of England’s most destructive batsmen in white-ball cricket. Roy would have a major role to play when the Englishmen travel to the UAE this October for the ICC Men’s Cricket World Cup Twenty20.