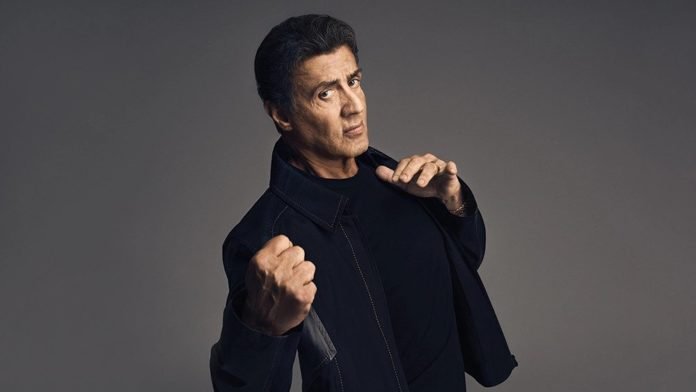 It certainly would not be wrong to say that Sylvester Stallone was one of Hollywood’s biggest action stars during the 1980s and 1990s. The first installment of the ‘Rambo’ series, starring Sylvester Stallone as ‘John Rambo’, had become the talk of the town at the time of its release in 1982.

No many action heroes in Hollywood can match Stallone’s stature. Here is an action hero who took immense pleasure in putting the bad guys to the sword.  Even in 2020, Sylvester Stallone is one of Hollywood’s most bankable stars as many of Sylvester Stallone movies have gone on to become major box office hits.

Known for his burly-surly physique, Stallone first came into the limelight for his role in ‘Rocky’ (1976). The movie became a smash hit and hit all the right chords with the youngsters of the era.

His portrayal of ‘Rocky Balboa’, an Italian Southpaw, became an instant hit with the masses and transformed him into a star. Eventually, ‘Rocky’, too, ended up becoming one of the biggest movie franchises in the history of American cinema.

Sylvester Stallone in Rocky ended up becoming everybody’s favorite because of his well-toned body, rippling muscles and raw action-star appeal.

Sylvester Stallone was born on July 6, 1946 in the Hell’s Kitchen neighborhood of Manhattan and spent his early childhood in New York City. Francesco, his father, was a hairdresser while Jacquelene, his mother, was a promoter (and enthusiast) of women’s wrestling.

At the time of his birth, a surgical mistake caused him to have a paralyzed face. The lower parts and portions of his face are still paralyzed (lips, chin and tongue).

Sylvester Stallone as a child was educated at the Lincoln School and the Notre Dame Academy. Afterwards, he went to the Charlotte Hall Military Academy before moving to Miami Dade College. He also attended the American College in Switzerland before returning to the US in order to take a course in drama at the University of Miami.

Stallone was raised a Catholic, but ceased going to the church once his acting career began gaining momentum. He, however, rediscovered his faith in god after the birth of his daughter (1998). In an interview, Stallone claimed that he was ‘spiritual’, but was not associated with any religious organization.

Stallone is known to support the Republicans. In 2008, he supported John McCain, who was the strongest Republican Presidential candidate. In 2016, he said Donald Trump is a ‘Dickensian character’, but did not come out in support of him.

He is also a vehement supporter of war veterans, which is keeping in line with his military star persona in ‘Rambo’.

Stallone’s personal life has been a topic of discussion in the media.  His first marriage was in 1974 with Sasha Czack. Sylvester Stallone’s kids with Sasha include Sage Stallone (1976-2012) and Seargeoh (1979). Sage was suffering from a heart disease when he died at 36, while Seargeoh had autism when he was young. Sylvester and Sasha parted ways in 1985.

The same year, Stallone married Brigitte, but their marriage didn’t last long as they got separated in 1987. Stallone married for a third time in 1997. He married Jennifer Flavin and fathered three daughters with her. Sylvester Stallone’s kids with Jennifer are Sistine, Sophia and Scarlet.

Stallone was also engaged to Janice Dickinson in the 1990s, but he parted ways after it was discovered that Janice’s daughter, Savannah, was not his own.

Sylvester Stallone’s movie journey began in 1969 while he was in Switzerland. He starred as a restaurant customer in a film named downhill racer. Stallone’s first few film roles were insignificant, but his major break as an action hero in Hollywood came with ‘Rocky’ (1976).

He starred in the movie as an amateur fighter who is challenged by the World Heavyweight Boxing Champion (Apollo Creed). The movie became one of the biggest successes of 1976 and launched Stallone as the ‘next big thing’ in Hollywood. Over the course of time, ‘Rocky’ turned into a franchise.

A total of five (5) films have been released under the ‘Rocky’ franchise and all of them have been major hits at the American (and worldwide) box office. Sylvester Stallone in Rocky became a sensation in the 1970s. He struck a chord with many youngsters who aspired to be a boxer.

In a way, the world of boxing was never the same again after Rocky became a mainstream phenomenon.

Stallone starred in many successful action movies after his breakthrough role in ‘Rocky’. Escape to Victory, F.I.ST.  and Paradise Alley performed reasonably well at the box office. The year 1982 proved to be a watershed year for Stallone as he starred as a Vietnam War hero (John Rambo) in the ‘Rambo series’.

Fans and critics have all applauded Stallone’s ‘Rambo’ look over the years. The latest installment of the series came in 2019 (Rambo: Last blood). ‘Rambo’ has been one of Stallone’s biggest commercial hits till date and the character (John Rambo) has become an integral part of the American cinematic folklore.

Sylvester Stallone in Rambo became the dream of every American teenager during the 1980s and 1990s. All thanks to the success of the ‘Rambo’ series, Stallone was able to reinstate himself as the undisputed action hero of Hollywood.

Sylvester Stallone’s A Decline in Popularity

After two successful years at the pinnacle, Stallone’s appeal amongst his fan circles depreciated or they simply grew up to like other action stars. The career started waning during the early 2000s after many of his movies began performing poorly at the box office.

During the early 2000s, many of his movies, including D-Tox and Avenging Angelo, were critically and commercially unsuccessful.

Just as Stallone’s career was dwindling, he starred in ‘Rocky Balboa’, the 6th movie in the ‘Rocky’ franchise, and there was no looking back. He further reinstated himself as an action hero by starring in “The Expendables’.

Sylvester Stallone in Rocky is still considered one of the most iconic characters in American cinematic history and is loved and admired by fans and enthusiasts all over the globe.

There would be absolutely no prizes for guessing that Sylvester Stallone, even at 74, is one of the Hollywood’s highest-paid actors. Also, Sylvester Stallone’s net worth is estimated to be somewhere around US$ 400 Million.