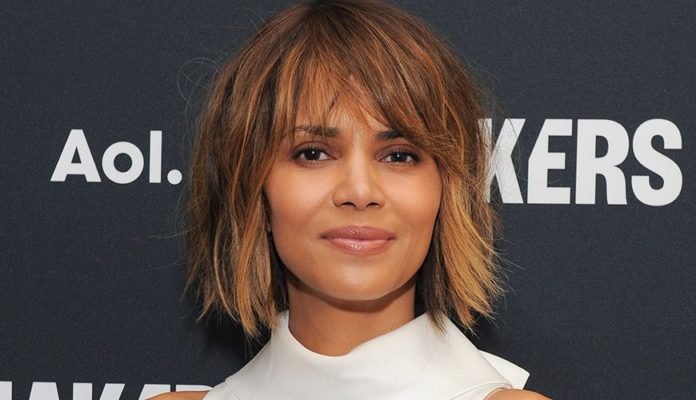 Halle Berry is one of the few Hollywood stars that have defined the word ‘consistency’. She is an academy award-winning actor with immense talent and charisma. Halle Berry’s movies list includes some of the biggest hits and critically acclaimed TV shows.

As of 2021, Halle Berry has been part of the industry for nearly three decades, which is a testament to her unbelievable dedication to the field.  Halle Berry height is only 5 feet 5 inches, but her stature as an actress is immense.

Halle Berry has been married thrice in her life. Apart from that, she has also dated a dentist in Chicago named John Ronan (her first known lover) and Gabriel Aubrey, a French model.

Halle Berry’s first husband was an American baseball player named David Justice. The couple stayed married for 5 years, between 1993 and 1997. However, the relationship deteriorated and Berry even contemplated suicide at one stage, before calling it quits with the baseball star.

In 2001, Halle berry married Eric Benét, who was later diagnosed with sex addiction. The couple divorced in 2003.

Halle Berry boyfriend Gabriel Aubry was the first guy who got her pregnant and she gave birth to a daughter in 2008. Berry’s relationship with Aubry was her longest, but it ended badly in 2010.

The couple even fought a protracted legal battle over the custody of their daughter, Nahla. There was even a fight between Berry’s future husband Olivier Martinez and Gabriel Aubry, which was publicized by the media.

After her breakup with Aubry, Halle Berry married Olivier Martinez in 2013. Halle Berry gave birth to a son who was named Maceo Robert Martinez. Despite a strong start to the relationship, the couple drifted apart and filed for a divorce in 2016.

Halle Berry suffers from diabetes but her faith in god is strong. She is a Christian but in the later stages of her life she has become more open towards other religions. In a popular statement, she has mentioned that she is not sure about which god she should believe in.

Halle Berry likes to take on challenges, especially when they are for a good cause. Along with many popular stars like Pierce Brosnon, she fought a case against Cabrillo Port Liquefied Natural Gas facility.

The group won the case and was able to move the pollution-creating company out of the Malibu cost. As far as politics are concerned, she had supported Barack Obama and even ran a campaign for him. It is safe to say that her political affiliations lie with the Democratic Party.

Halle Berry was born as Maria Halle Berry in Cleveland, Ohio on 14th August 1966. She has a mixed heritage with her father being an African American and her mother an English woman who hailed from England. When she was just 4 years old, her father divorced her mother. As a result, she was brought up by her mother alone.

Although Halle Berry was born in Cleveland, she and her sister Heidi grew up in Oakwood. She did her schooling from Bedford High School. Halle was a prodigious student and always kept herself involved in extracurricular activities like cheerleading and sports.

As she started getting older, her interest in modeling also grew. But before venturing forth into the glamor world, she completed her education at Cuyahoga Community College.

The Beginning of a Promising Career

Halle Berry had to face great financial difficulties in the early years of her acting career. She even lived in a homeless shelter because of a sudden shortage of money.

Her career kicked off with the role of a model in a show called ‘Living Dolls’. Although the show did not fare too well and was cancelled, Halle’s acting journey was truly underway.

Hale Berry’s first film was ‘Jungle Fever’. It starred Wesley Snipes in the main role and Halle played the role of a girl suffering from drug addiction. The movie was a success, but Halle hardly got any publicity because of her small role.

Next, she was paired opposite Eddie Murphy in ‘Boomerang’. The movie was a moderate success, but it served the purpose of familiarizing Halle Berry to the global audience, which became a catalyst for her success in the coming years.

There were many other Halle Berry movies released in the 1990s that did average business like ‘Race the Sun’ and ‘Executive Decision’.

Meaty Roles and the Making of a Star

In the second of half of 1990s, her received wide acclaim and critical praise. She showed her versatility by starring in a comedy movie called ‘B*A*P*S’. At the same time, she did ‘Bulworth’, which had a serious undertone.

Halle Berry 1990 journey was pretty average in terms of box office returns. But, she was slowly and steadily establishing herself as a star in the minds of the audience.

She was always praised by the reviewers because of her refined acting skills. Therefore, she got her hands on the coveted golden globe and Emmy awards for her role in ‘Introducing Dorothy Dandridge’.

The new millennium began with a bang for Halle Berry. Her portrayal of Storm in the superhero ‘X-Men’ movie was loved by the fans. Halle Berry X Men performance was appreciated so much that many of her fans started to recognize her with the screen name.

The X-Men movie had many sequels, and Halle Berry made appearances in most of them, proving that she was an indispensable part of the successful franchise.

In 2001, Berry had to make the tough decision of going topless for ‘Swordfish’. Many believed that she went topless because of money, but she later confirmed that she did it because her husband supported her.

The early 2000 was a time when Halle Berry was considered a big Hollywood star. But she was still without the elusive prize that every actor desires so much – Oscar.

Later in 2001, Berry played an extremely complex character Leticia Musgrove whose husband was executed. She showed various aspects of her acting skills, and displayed a wide range of emotions that won the hearts of the jury at the 2002 academy awards.

Consequently, Halle Berry was bestowed with the ultimate prize. Halle was extremely emotional at the ceremony because of her being the first African American women to win the award. She gave a memorable speech that her fans would never forget.

After winning the Oscar, she was mentioned in the same breath as other successful African American stars like Denzel Washington. Her achievement gave great hope to the black community in the US.

Halle Berry has also been a bond girl alongside Pierce Brosnon in the movie ‘Die Another Day’. Not only she was praised for her athleticism and acting skills, Halle also became the talk of the town after the movie was released.

She showed her acting diversity in a thriller movie called ‘Gothika’. During the shoot, she even suffered a major injury to her arm courtesy of Robert Downey Jr. (her co-star in the movie) as he twisted her arm way too hard. But the hurt paid off well eventually as the movie made a profit of 20 million US dollars.

Though Halle Berry’s career is filled with many successes, she has also been part of one of the worst movies in ‘Catwoman’. She even received a Razzie award (a parody award to the Oscar which is given to the worst performances) for her role in the movie.

Other notable movies that Halle Berry has been involved in are ‘Kingsman: The Golden Circle’, ‘Cloud Atlas’ and ‘The Call.

Halle Berry is going strong as an actor even after crossing 50. She is still amazingly fit and performing at the peak of her abilities. In 2021, Halle Berry net worth stands at an extraordinary 90 million US dollars.