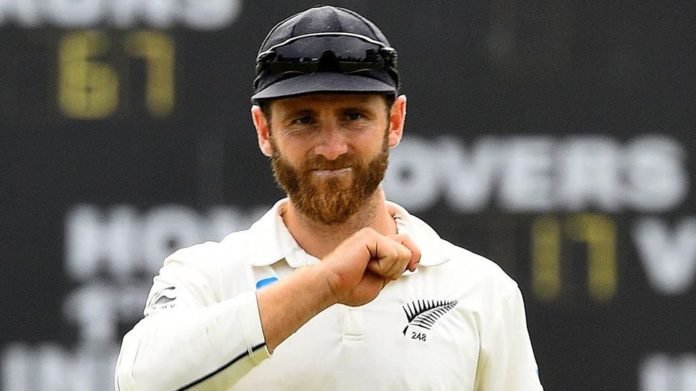 Kane Williamson is one of New Zealand’s best batsmen ever and can be compared to the other NZ batting maestro of the 90s – Martin Crowe. The right-hander is well known for his exceptional fielding and catching ability. He has been the captain of the New Zealand team since 2016. Under his captaincy, the Kiwis have achieved great heights in world cricket and even won the WTC championship in 2021. He has constantly proven himself not just as a great player; but also, as a great leader. His style of captaincy is artful and street-smart, which is quite different from other international captains in the world.

His journey has been truly remarkable as he was just another batting talent till 2014. His performances with the bat were sporadic between 2010-2014. One good innings was followed by a string of low scores. However, Kane Williamson’s career began scaling new heights after 2014, when he played against India. He led the batting averages in the ODI series against and scored 361 runs in five (5) matches.

He was counted amongst the most successful players by 2015. He dropped anchor in a low-scoring yet crucial match against Australia during the ICC Men’s Cricket World Cup 2015. He got the winning runs after New Zealand were reduced to 146/9 (in a chase of 151).

Williamson has been a part of the Indian Premier League (IPL) since 2015. His association with the Sunrisers Hyderabad has been one of the main reasons behind the franchise’s consistent run over the past few years.

Kane Williamson is a soft-spoken cricketer who can get along with just about anybody. He came into the public eye after he donated his entire match fee to help the victims of the Peshawar massacre in 2014. He is fond of travelling, playing the guitar and listening to music in his spare time. He adores his family and loves spending time with his wife and daughter.

Kane Williamson’s wife is Sarah Raheem, who is a nurse by profession. Sarah is a British citizen (born in Bristol), but moved to New Zealand as a child. Kane Williamson welcomed a daughter into this world in 2020. He missed the second test against the West Indies to be with his partner during the birth of his daughter.Kane Willamson comes from a family of sportspersons. Brett and Sandra, Kane Williamson’s parents, have both been sportspersons. His father played Under-17 and club cricket, while his mother was a professional basketball player. He has three elder sisters and a twin brother, named Logan. All three of his sisters were professional volleyball players.

Williamson entered the world of cricket in 2007. He started playing for Northern Districts, a domestic team in New Zealand, at 17. He scored his first T20 century whilst playing for Northern Districts in 2014.
He was also part of the ICC U-19 Men’s World Cup 2008 in Malaysia. He captained the side during the course of the tournament, but could not see the team through to the finals. Fast bowlers Trent Boult and Tim Southee were his teammates during the U-19 World Cup.

Kane Williamson debuted with a bang and made it unforgettable. Surprise, surprise…he got out without scoring in a match against India. However, things began improving for him after started playing as a top-order batsman. Kane Williamson’s first ODI century came against Bangladesh in 2010, and he went on to become the youngest player in New Zealand’s cricketing history to score an ODI century. His performance resulted in his selection for the test series that followed. Throughout the next half a decade, his performances improved considerably, but his batting position kept changing. Constantly changing batting positions had an impact on his performances as he failed to score big on most occasions.

However, Kane Williamson’s career took off after he was asked to bat at number 3. He is the fastest New Zealander to have scored 3000 runs (2015). He set many records and proved his worth at the top of the order. He is the backbone of the New Zealand batting order in 2021. He played a vital role in getting the most memorable wins for his country. As a result, he found a permanent spot in the team and the game internationally.
Williamson took over New Zealand’s captaincy after Brendon McCullum decided to retire from the game. The early part of 2016 saw the beginning of his captaincy career. Kane led the team across all formats thereon. The following years saw a remarkable rise in the game and captaincy of Kane Williamson. The right-handed batsman has brought more glory to the national team than any other New Zealand player. He won the ‘player of the tournament’ award for his consistent performances during the ICC Men’s Cricket World Cup 2019.

Mr Reliable in the IPL

Kane Williamson’s IPL T20 journey began with Sunrisers Hyderabad. As he was not accustomed to a lower-order position, he could not do justice to the talent he possessed. However, the team showed faith in his skills, and he grew into the role.

He took over the reins from David Warner in 2018 and took the team to the finals of the tournament, only to lose against the Chennai Super Kings in 2018.

Personally, Kane Williamson’s IPL T20 performances were impressive as he compiled a total of 735 runs during the tournament. He had the highest score in the season.

He has a natural flair for grabbing opportunities and proving himself at the right time. Kane Williamson is a star and one of the key players in IPL.

Kane Williamson is a key player for New Zealand in the ICC Men’s Twenty20 Cricket World Cup 2020. Though in the past, Williamson is known better for his performances in the test format, his performances in white-ball cricket have seen a sharp rise in the last few years. His IPL captaincy and skills have also been vividly apparent in recent years. Williamson has played a major role in the growth of New Zealand in Test Cricket.  Williamson is a visionary and has a calm demeanor. His outlook towards batting lineup, field placements, and bowling rotations ensures that New Zealand always plays at its finest. Throughout his career, his nature and game have been highly adaptive. As a result, his captaincy has been profitable across all formats equally. Defeating India in the World Test Championship Final this year, the confidence of NZ is high, and so are the spirits and hopes from Kane. Williamson is a great fielder and holds a strong technique and style, which is expected to shine through in the upcoming ICC Men’sTwenty20 World Cup

Kane Williamson is considered a major player and influencer in modern-day cricket. Hence, he has signed for numerous brands for their endorsements and ad campaigns. Kane Williamson endorses Powerade, Rockit, Asics, and Seagrams’s Royal Stag. Being the brand ambassador for these major companies, he earns approximately two crores annually.

Kane Williamson’s net worth is $9 million. He has tripled his net worth in the last 5 years The IPL franchise SRH recognizes his immense talent and pays him INR 3 crore every season.