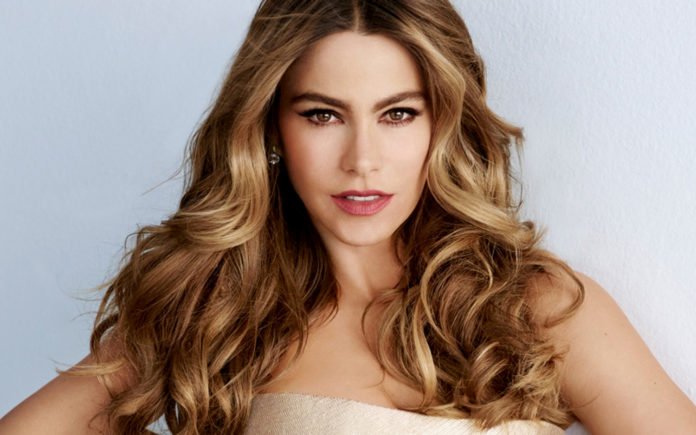 Some people simply do not know how to age and keep looking as good as ever. Sofia Vergara is one such lucky woman who possesses the envious secret of keeping young. Blessed with multiple talents and unbelievably good looks, Sofia is one of the most successful TV actresses in the world. When we talk about Sofia Vergara, modern family instantly comes into our mind. And why not, it is the show that shot her to prominence and made her world-famous. But there is a lot more to Sofia than just being ‘Gloria Delgado- Pritchett’ and looking all glamorous. Not many know her struggles with thyroid cancer and how she won the war against the deadly disease. It is her steely will and sheer strength of character that has made her the star she is today.

Do you know Sofia Vergara was discovered walking on a beach when she was just 17 years old? Her discovery by a photographer kickstarted her career in the modelling world and brought her fame to Columbia. In her showbiz career that has already spanned over 3 decades, she has reached phenomenal heights and has been recognized as the highest-paid television actress in the whole world (by Forbes in 2019) with earnings of over 42 million dollars. When you consider that her earnings are almost double that of the highest-earning TV actor ‘Jim Parson’ i.e. Sheldon from ‘Big Bang Theory’, you would actually start realizing her star power and influence in the industry. But as a personality, she has got her feet firmly on the ground. She is a humanitarian and philanthropist who cares for the world and believes every human on this planet is equal.

Sofia Vergara is a romantic at heart. At the young age of 18, she was smitten by the charms of Joe Gonzalez – her childhood sweetheart– and they tied the knot in 1991. In the same year, Sofia Vergara son Manolo was born. Despite a baby boy in their life, the couple drifted apart because of Sofia’s hectic and extremely tight schedule. The couple divorced in 1993. For a long time, she lived the life of a single mother and had a few rumored affairs until in 1999 when she dated Miami club owner Chris Paciello. Unfortunately, Chris was caught up in a mob-related murder and got a 10-year prison sentence, and the couple had to break it off. After that, she was even rumored to have dated Tom Cruise and Donald Logue in the mid-2000s, but there has never been any confirmation of those affairs.

In 2010, she met Nick Loeb – an American business man – and things got serious. They were also engaged for a while, but the engagement broke off in 2014. However, after the split, they were involved in a long custody battle for the embryos they created during the relationship. The lawsuit was dropped later.

After leaving Nick, Sofia met Joe Manganiello who is a popular actor in Hollywood (remember Flash Thompson who tried to bully Toby Maguire in the first Spiderman movie). The couple got engaged during the Christmas time in 2014 and married in 2015. Their wedding took place in Palm Beach, Florida.

Sofia Vergara is a Roma Catholic by birth. In the initial phase of her life, she had a strong belief in region. However, with time, she has stopped being overtly religious. She isn’t vocal about her political preferences. As far as hobbies go, Sofia is a foodie and loves to eat.

Sofia Vergara was born in Barranquilla, Colombia to Margarita Vergara de Vergara and Julio Enrique Vergara Robayo. Her birth date is July 10, 1972. Her mother was a housewife and her father worked as a cattle rancher employed by the meat industry. Sophia was born into a large family and had a total of 5 siblings and many cousins. Not many know that she was born a blonde, but had to color her hair black to look like an authentic Latina in the eyes of the US audience. She went to a bilingual English/Spanish school known as Marymount School Barranquilla. Initially, she studied to be a dentist but after getting spotted on the beach and receiving several modelling assignments, she decided to leave studies for the show business. As a model, she got her first commercial when she was only 17 years old. She worked in a popular ‘Pepsi’ ad that was shot specifically for Latin America. Although she became a popular model in Columbia, she always wanted to act, which is why; she did an acting course at the Creative Workshops School of Acting.

After a few modelling assignments, her fame in the showbiz industry grew and she got to host two different television shows for Univisión. One of the shows that she hosted was called ‘A que no te atreves’, which translates to ‘I Dare You’ in English. In Columbia, Sophia made her acting debut in the TV series Acapulco, cuerpo y alma (1995). Just as she was getting settled as a star in her home country, an unfortunate incident caused her to change her plans. In the late 90s, her elder brother was murdered in a kidnapping attempt. In order to avoid the chaos because of the incident, she moved to the United States in 1998.

The Start of a Promising Career

After settling in the US, the first movie she did was ‘Big Trouble’ in 2002. But it was only after the movie ‘Chasing Papi’ (2003) that she was actually recognized in the industry circles. In the movie, she played one of the three women who dated a single man. She later did movies like Meet the Browns (2008) and Madea Goes to Jail (2009). Her prowess in the comedy genre was acknowledged by the directors and admired by the audience.

Although she was a moderately successful actress in 2009, she was not a huge star by any stretch of imagination. The real fame only arrived when she was casted in ABC’s superhit comedy series ‘Modern Family’. In the show, she plays the wife of Jay Pritchett (Ed O’Neill) who is much older than her. This family sitcom is actually a fictional documentary. Every character is unique and the whole family is shown as a group of quirky and eccentric individuals. Sofia plays the stereotypical sexy Latina but with a heart of gold. Her violent outbursts and unique chemistry with the entire cast is the real reason behind the success of her character. Over the 11 seasons of the show, she has earned rave reviews for her performances. Sophia’s efforts in ‘Modern Family’ haven’t gone unrecognized and she has been nominated for 4 Primetime Emmy Awards, 7 Screen Actors Guild Awards and most importantly 5 Golden Globe Awards.

After the success of Modern Family, she was offered the main female lead role in ‘The Three Stooges’. She is not just recognized as a pretty face, but her voice is also appreciated and remains in great demand. She has already done voice-overs for animation movies like ‘Happy Feet Two’, ‘The Emoji Movie’ and ‘Escape from Planet Earth’. Sophia has also donned the hat of judge on the famous US talent reality show ‘America’s Got Talent’.

Sofia Vergara net worth is estimated to be at 180 million dollars (by Forbes) in 2020.
Sofia has remained the highest salaried American TV actress in 2012, 2013, and 2016. She
even became the highest earning TV actress in the world in 2019. Sophia earned a
whopping $500,000 per episode for Modern Family. A major share of her wealth is the
result of her various successful endorsement campaigns with CoverGirl, Pepsi, Kmart,
Rooms To Go and Head & Shoulders.

In Forbes Magazine`s list of the world`s highest-paid TV actresses of 2017, Priyanka Chopra was listed at number 8 after Sofia Vergara, Kaley Cuoco, and Mindy Kaling

In 2000, Sofia Vergara was diagnosed with thyroid cancer and she underwent treatment and since then she has spoken publically about she has dealt with the illness.