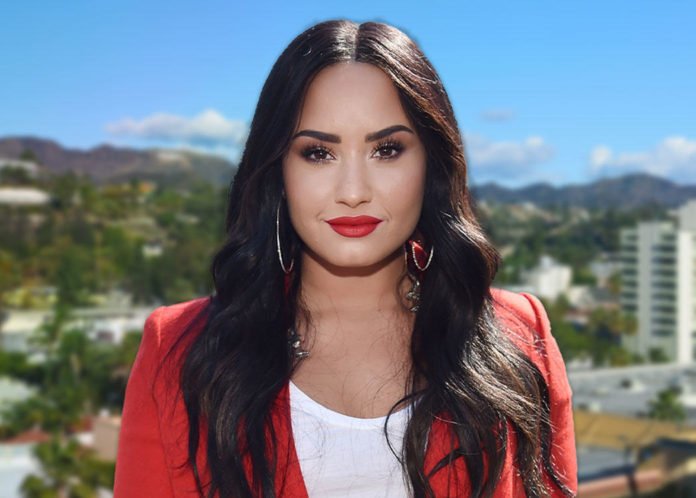 From being crowned Mini Miss Texas in 2000 to singing the hit song ‘Heart Attack’, Demi Lovato has seen it all and done it all. She is a music sensation, a teenage heartthrob and a global celebrity.

Demi also has a heart of gold and likes to stay engaged in philanthropist activities. Born in 1992, she is a millennial superstar who has captured the imagination of youngsters all around the globe.

Demi Lovato’s illustrious career is a testament to her hard-work and precocious talents. She learned to play instruments like piano and guitar when she was just 10 years old. Her showbiz career started as a youngster in a children’s show called ‘Barney & Friends’ alongside Miley Cyrus, who she met while auditioning for the show.

Since her debut, she has been constantly involved in singing and acting projects. Amongst her many performances, Demi Lovato national anthem singing at Super Bowl LIV in 2020 is acknowledged as a masterclass in singing by the purists.

Demi Lovato’s first relationship was with Cody Linley (from Hannah Montana) who she dated during her younger days. The relationship did not last long. Next, she dated Miley Cyrus’ brother Trace for a few months but it did not work out as well.

One of her shortest relationships was with an artist who she partnered with professionally – Joe Jonas. Although the romance ended within 48 hours of their first date, they have stayed friends ever since. She even dated the famous UFC fighter Luke Rockhold for a couple of months before bringing an untimely end to the relationship.

After a string of several failed relationships, she was last seen with Max Ehrich (an American Actor). They even got engaged in July 2020, but unfortunately the relationship ended after the couple broke off two months later.

Although Demi Lovato’s spiritual beliefs have changed over the years, she is a Christian by birth. In the past, she has credited her success to god and even prayed in front of almighty to help her land a Grammy award.

As far as politics goes, she has vocalized her views via the best medium possible – her songs. She has released a single called ‘Commander in Chief’, in which, she has expressed her negative viewpoint of Trump’s administration.

The song was used by an anti-Trump Republican committee named ‘The Lincoln Project’ to show the world why Trump should never be re-elected. She has even connected with Danica – an LGBTQ Democratic Politician from Virginia. Her stance clearly shows her affiliations towards the Democratic party of the US.

Demi Lovatois a Leo as she was born on 20th August 1992. She is the daughter of Patrick Martin Lovato and Dianna De La Garza. Her father was a musician and her mother was a cheerleader. Two years after her birth, her parents filed for divorce and got separated. Demi has one sister named Dallas and two half-sisters from her parent’s subsequent relationships.

Despite the early-life setbacks, Demi was destined for greater things. She came into this world with a natural music talent and an aura that was hard to ignore. At a very young age, she gained popularity because of her appearance in popular children’s show.

Although her early-life fame had a positive impact on her bank balance, she was often left isolated at school and had to face bullying from her peers. Therefore, she decided to quit school and started homeschooling.

Although Demi appeared on multiple children’s show like ‘Barney & Friends’ and ‘As the Bell Rings’, she only became a household name after starring in a TV film series called ‘Camp Rock’.

Her portrayal of the main character Mitchie Torres (an aspiring musician) was close to her life, and she played it to perfection. Demi Lovato ‘This Is Me’ was one of the songs from ‘Camp Rock’ that gained instant recognition. Although some critics did not like her acting in the movie, they relished her singing talents.

The musical success gave Demi the platform to launch her first album called ‘Don’t Forget’. It sold nearly half-a-million copies in the US alone. Two songs from the album were immediately noticed – title track of the same name and ‘Get Back’ – as they broke through Top-50 list in the US charts.

Career As A Teenage Sensation

‘Sonny with a Chance’ was released in 2009 when Demi was a teenager of just 17 years. The critics loved her acting skills as the lead character Sonny Munroe, which was definitely a sign her perseverance and natural progression. She was even compared with Miley Cyrus for her musical skills and acting talents.

She launched a second album ‘Here We Go Again’ in 2009. The titular lead single from the track soared to as high as US Top 15 list. It was definitely an achievement for the budding music star.

She even did some charity at such a young age by appearing in a song called ‘Send It On’. In the song, she performed alongside several teenage sensations like Selena Gomez and Miley Cyrus.

Demi Lovato released her next album called ‘Unbroken’ in 2011. It was a coming-of-age album that revealed a much more mature side of Demi. Although it was a great effort on her part, the album received a mix of positive and negative reactions from music critics.

Regardless of how critics viewed the album, Demi Lovato unbroken struck a chord with her fans. The album’s song ‘Skyscraper’ rose to unprecedented heights and even won an award at MTV Video Music Awards in 2012. Overall, the album was a commercial success and was even certified Gold.

While she was gaining success in her music career, Demi Lovato at the same time was progressing well in her acting career. She even appeared in the ‘The X Factor’ and earned a salary speculated to be in the region of 1 million US dollars.

Right after the album, she appeared in 4 episodes of the famous TV show called ‘Glee’. Demi Lovato in Glee was absolutely adored by fans of the show. She played a struggling artist that eventually becomes friends with the lead characters in the show.

Career at Present and Major Accolades

As of 2020, Demi Lovato has released a total of 6 different music albums, the latest being the extremely successful ‘Tell Me You Love Me’.

Demi Lovato new album, which will be her 7th in all, is still in works and is expected to release sometime in 2021.

Demi has been nominated twice for the Grammy awards. In 2017, her name popped up in Grammy awards nominee list for her 5th album called ‘Confident’. Next, she was nominated in 2019 for her duet with Christina Aguilera called ‘Fall in Line’. Although she hasn’t won a Grammy yet, she has raked in numerous MTV, People’s Choice and Teen’s Choice awards over the years.

Demi Lovato net worth is 40 million US dollars in 2020. As a bright young star, she has shone in the galaxy of musical and acting superstars, carving a brand of her own. Apart from her record sales and acting career; she has also earned a lot of money via her books such as ‘Staying Strong: 365 Days a Year’ and ‘Demi’.