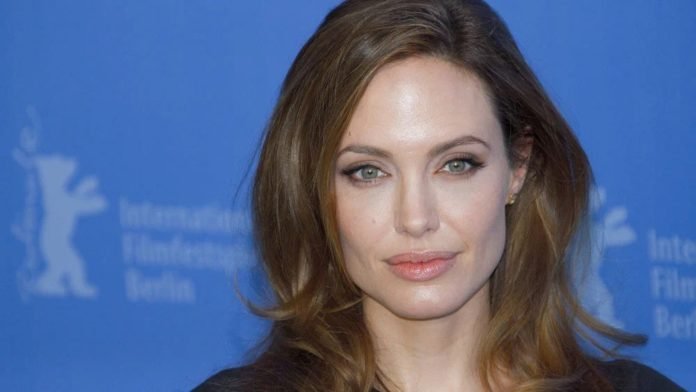 For a long time, Angelina Jolie has remained a superstar in Hollywood. Born into a family of actors, she maximized her potential and won the hearts of millions through her acting skills.

In the beginning of her career, she had a glamorous image. Later, she transformed into an action star. And, in the present, she can be considered a complete package as an actor.

Nowadays, she also dons the hat of director from time to time. She has several movies to her credit, in which, she has stayed behind the scenes. Despite her being a public personality, she has always had a mysterious aura, which has constantly intrigued people.

She has also been involved in a series of high-profile relationships that have kept her in the spotlight throughout her career. Angelina Jolie is an academy award winning actress with amazing acting skills. She is also a humanitarian and serves as the Special Envoy to the UN High Commissioner for Refugees.

Angelina Jolie’s relationships have always brought her immense media attention. Angelina Jolie and Brad Pitt have recently separated legally, but their relationship was probably the most famous in the world when it was ongoing.

Her first famous relationship was with Jonny Lee Miller. After meeting on the sets of the movie ‘Hacker’, the couple fell in love and later married in 1996. But for unknown reasons, their relationship culminated in 1999 when they both decided to leave each other on good terms.

The second relationship was with a female model called Jenny Shimizu. Angelina Jolie has already confirmed that she is a bisexual, and this was her most popular lesbian relationship. She has even confessed that if she wasn’t married to Miller at the time, she would have definitely tied the nuptials with Shimizu.

In 1999, Jolie met Billy Bob Thornton. It was probably her most sensational relationship, as no one quite understood the reason behind their chemistry.

But from the look of it, the relationship was quite intense as the couple even wore vials of each other’s blood to show their devotion to each other. They married in 2000, but the romance frizzled out eventually and the couple divorced in 2003.

One of the most intriguing and famous Angelina Jolie relationships was with Brad Pitt. It was considered controversial because Pitt’s affair with Jolie was considered to be the reason behind his split with his then wife Jennifer Aniston.

Before Pitt’s relationship with Jolie, Aniston-Pitt was considered the hottest couple by Hollywood fans from across the globe. Therefore, when Pitt and Jolie had an affair on the sets of Mr. & Mrs. Smith, and then later married in 2014, it became huge news for the public.

Although Angelina Jolie religion was Christianity by birth, she never professed her religion in the truest sense of the word. She can be classified as an open-minded atheist with a love for doing good work for the people, but without any religious affiliations. Angelina Jolie is a humanitarian who stands for many human causes, and she is also appointed as a special envoy by the UN.

As far as politics go, Angelina Jolie is known to be liberal. In a few talk-shows she has even confessed her interest in politics and that she may join that in future. As far as hobbies go, she loves to read.

Angelina Jolie was born into a movie family. Angelina Jolie dad is Jon Voight, a famous American actor who is also a winner of four golden globe awards, one more than her daughter. Angelina’s mother is Marcheline Bertrand, an actor and a humanitarian, just like her daughter.

Her parents and lineage definitely had a major role to play in the way Angelina’s life shaped up. She has an elder brother James Haven who acted alongside her in one of her movies ‘Original Sin’.

Angelina’s parents separated in 1976 and she started living with her mother and her brother. Angelina as a child had a unique lifestyle. Her mother put her in acting classes, but she refused to pursue them.

She even did a course to become a funeral director, which is quite a unique profession for a child from her background. Angelina was not popular in school and was considered to be a weird kid by her peers.

Her relationship with her father was not great as she blamed him for leaving her when she was an infant. But father-daughter later mended their relationship when they worked together in ‘Lara Croft: Tomb Raider’.

Angelina Jolie was not very interested in acting as a youngster, but due to her family background she eventually made her way into the field. She was a part of many of her brother’s films as a kid and even featured in a music video by Lenny Kravitz. For those who are a fan of either artists can check her in the video ‘Stand by My Woman.

Jolie’s first professional movie was ‘Cyborg 2’. Later in her life, she has confessed that she neither liked the movie nor her role in it. After a few small-time movies, she did her first Hollywood movie in the form of ‘Hackers’ through which she met her first husband.

From the early 1990s to 1996, Angelina movies hardly made any mark. But things changed when she earned her first golden globe award for ‘George Wallace’.

Angelina Jolie was a method actor i.e. she used to believe that she was the character throughout the scene and even moments after it. Through her good performances, she was slowly and steadily raising her stock.

Her acting in ‘Gia’, in which, she played a troubled model was appreciated by both fans and critics alike. And she even got an Oscar for her critically-acclaimed performance in the movie ‘Girl, Interrupted’.

But it wasn’t until she landed Tomb Raider that she got mainstream recognition and became a household name. ‘Lara Croft: Tomb Raider’ (2001) was inspired by the famous video game series, and became a cult hit amongst fans.

Angelina Jolie’s name became synonymous with Lara Croft, which was a great testament to her portrayal of the adventurous character. Many recognized her as the female version of Harrison Ford in Indiana Jones movies.

Movies as a Superstar

After struggling for quite a while, Angelina Jolie became the superstar we all know her to be. Movies like ‘Mr. & Mrs. Smith’, ‘A Mighty Heart’ and ‘The Good Shepherd’ were all commercial successes.

After winning a few golden globes and hit performances, she played a CIA agent in the movie ‘Salt’. The international success of Angelina Jolie Salt was unprecedented. It catapulted her status to a bankable action star, which is quite rare for a female actor.

The Pinnacle of Success with Maleficent

Angelina Jolie net worth is estimated to be around 120 million dollars. Considering that she is one of the biggest Hollywood actors, the numbers are very appropriate for her status as a megastar.

Angelina Jolie Oscar win and other accolades are the major reasons behind her earnings. However, she has also earned some money via endorsements with Louis Vuitton and MAC cosmetics being her most prominent clients.

Angelina Jolie`s appearance in the film was inspired by Lady Gaga`s look in the Born This Way music video.

Angelina Jolie took Maleficent`s staff home, as a souvenir of the film.

Angelina Jolie feels a personal connection with Maleficent, since having a child changed her as a person too.

Angelina Jolie has been collecting knives since she was a child. Her collection includes knives from many different parts of the world.

At one point during her teenage years, Angelina Jolie dropped out of school and began studying to become a funeral director.

Angelina Jolie initially learned acting from her father, imitating the way he observed people to become more like them.

Angelina Jolie`s children often ask her to speak in Maleficent`s voice (along with the British accent). She claims Knox, her son, has perfected saying, `Well, well.`

Angelina Jolie has had an interesting history with pets. She once had a pet iguana named Vlad. Later, while married to Johnny Lee Miller, they had a pet white albino snake called Harry Dean Stanton. When she married Billy Bob Thornton, the couple got a pet rat, also named Harry.

While getting married to Brad Pitt, Angelina Jolie`s Versace gown was covered in drawings made by her children.

Angelina Jolie has many tattoos in several languages including Cambodian and Arabic. She has also inked the coordinates of the places where each of her children was born.

Angelina Jolie`s first film was Looking To Get Out (1982). She was only six years old and co-starred with her father, Jon Voight.

In May 2007, Brad Pitt and Angelina Jolie donated $1 million to three organizations in Chad and Sudan for those affected by the crisis in the Darfur region.

Freida works towards many humanitarian causes and strongly supports women and underprivileged children, stating Angelina Jolie and Malala Yousafzai to be her biggest inspirations. She has made monetary contribution to The 15th Grand Slam for Children – an annual fund raiser event of the Agassi Foundation. This philanthropic organization of Andre Agassi and Steffi Graf, conducted the event with the aim to provide education for underprivileged children. She also appeared in a video clip for Gucci’s ‘Chime for Change’ campaign in 2013, targeted at raising funds and awareness of women’s issues. In the next year, she was part of the ‘Girls’ rights summit’ in London, with the motive to stop female genital mutilation and child marriage.

When other little girls wanted to be ballet dancers I kind of wanted to be a vampire. When I get logical, and I don’t trust my instincts – that’s when I get in trouble. If I make a fool of myself, who cares? I’m not frightened by anyone’s perception of me. What nourishes me also destroys me. I like someone who is a little crazy but coming from a good place. I think scars are sexy because it means you made a mistake that led to a mess. I’ve been reckless, but I’m not a rebel without a cause. Where ever I am I always find myself looking out the window wishing I was somewhere else. All women do have a different sense of sexuality, or sense of fun, or sense of like what’s sexy or cool or tough. There’s something about death that is comforting. The thought that you could die tomorrow frees you to appreciate your life now. Therapy? I don’t need that. The roles that I choose are my therapy.
- Advertisement -
Facebook
Twitter
Pinterest
WhatsApp
ReddIt
Previous articleAmber Heard
Next articleAnne Hathaway
Fans Era