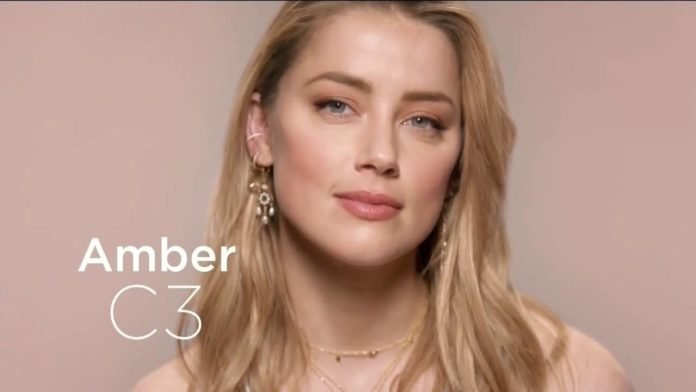 Amber Heard has stayed in the limelight, mostly because of her affairs with who’s who of the world. From Johnny Depp to Elon Musk, she has been with them all.

But it is not to say that she does not have an identity of her own. She was the leading lady alongside Jason Momoa in Aquaman and starred in movies like ‘All the Boys Love Mandy Lane’ and ‘Never Back Down’.

She is an active member of the LGBTQ community and has confessed to be bisexual. Amber Heard is a good Samaritan and has donated all the money received through her divorce settlement for charitable purposes. Amber Heard is a woman of substance and style, which makes her a matter of intrigue amongst common folks and paparazzi.

Despite carving her very own niche in the Hollywood, Amber Heard is most known for her marriage with one of the megastars in the industry. Amber Heard and Johnny Depp met on the set of ‘The Rum Diary’ in the year 2009.

There was an instant chemistry between the two and they started living together. After a romance that spanned over the next 6 years, the couple married in 2015. It was supposed to be a fairytale, but it turned out to be something else.

The differences between the couple were quite apparent in the media, and it all came out in the open when Heard filed a divorce case on 16th August 2016. The divorce was completed on Jan 2017, but it wasn’t the end of it.

There were many acrimonious publicized dialogues between the couple floating around in the media. Amber Heard even got a restraining order against Depp and talked about the abuse she suffered at his hands.

Johnny Depp even sued Amber for defamation in 2019 and Amber sued back with her very own case. In Nov 2020, the case was terminated as Depp lost the claim.

After filing for divorce with Johnny Depp, Amber started seeing Elon Musk. The relationship stayed in the limelight for many months. Depp has even said that they were seeing each other before Heard filed for a divorce.

But Amber Heard and Elon Musk relationship also did not last for long. In an interview with Amber Heard, she has confessed to be bisexual and is now dating Bianca Butti, who is a cinematographer.

Although Amber Heard was born a catholic, she has said that she is no longer involved with religion and considers herself to be an atheist. She is a vocal supporter of LGBTQ rights.

Amber Heard is a philanthropist. She is involved with many charities and has supported many foundations. Some prominent organizations that she he has supported include ACLU of Southern California, Born This Way Foundation, The Art of Elysium and United Nations Foundation.

Born to Patricia Paige and David Clinton Heard in 1986, Amber hails from Austin, Texas. She is the elder child in the family and has a younger sister named Whitney. From a very young age, Amber transformed into a thinker who started questioning life.

At the age of 17, Amber gave up studying in the high school and moved to New York City. Although she did not go to any school physically in New York City, she finished a diploma course via home studies.

Amber Heard did not have it easy when she moved to New York City. She wanted to act in movies, but initially, she only got a few modeling assignments and music videos. Amber even did some TV and was casted in a few supporting roles. But it was not what she wanted. She was even part of ‘The OC’, which was a very popular show in the early 2000s.

After many supporting roles, she got her first starring role in a teenage drama called ‘Hidden Palms’. But it was just the start.

She was thrown into the public’s eye with a wacky Marijuana-fueled comedy movie called the ‘Pineapple Express’ starring James Franco and Seth Rogen. Another movie that raised her stock and earned her some public attention was ‘Never Back Down’. Both movies brought her major fan following of teenage and young audience.

As Amber Heard started getting famous, she also started getting mainstream movies. She got the lead role in ‘All the Boys Love Mandy Lane’ and she was also a part of the casting for ‘The Informers’.

When 2009 arrived, Amber’s kitty was filled with some very interesting movies. She was even part of the popular ‘Zombieland’ movie that became a mainstream hit. There were also movies that did not do too well like ‘The Joneses’, but the critics loved her in the movie and rated her in high regard.

Then came the decisive movie that changed Amber’s life as she knew it. Both on commercial and personal front, ‘The Rum Diary’ (2011) was detrimental to Amber’s life. She starred alongside Johnny Depp who got smitten by her beauty, charm and intelligence.

Although the movie was not a commercial success, it was appreciated by some critics. Her involvement with one of the biggest stars in Hollywood also had a major impact on her career.

Amber Heard started getting big budget movies like Drive Angry (alongside Nicholas Cage), Paranoia, Machete Kills and Syrup. While the success was limited and critical reviews were mixed for the movies, Amber Heard became a well-known Hollywood star.

Amber Heard and Jason Momoa starred in DC Universe’s superhit movie ‘Aquaman’ in 2018. The movie was an instant success. Amber Heard and Aquaman was the perfect partnership and it was appreciated by the fans located across the globe.

Amber Heard as Mera, Aquaman’s Atlantic queen was a stuff of fantasy and dreams. It won’t be an exaggeration to say that this movie made her the global movie celebrity that she is today.

Other films that are right up there as the best and most appreciated Amber Heard movies are ‘Justice League’, ‘Gully’ and ‘Three Days to Kill’.

What Lies Ahead for Amber?

The talks about Amber Heard and Aquaman 2 are still ongoing. It is reported that Amber Heard is asking for a bigger role in the sequel, which is slated to be released sometime in 2022.

Amber Heard net worth is estimated at an astounding 9 million dollars. The wealth that she has amassed is mostly from her movies and TV shows. She has also received a 7-million-dollar settlement after her divorce from Johnny Depp. It is a well-known fact that she has donated most of that money to different charitable foundations.