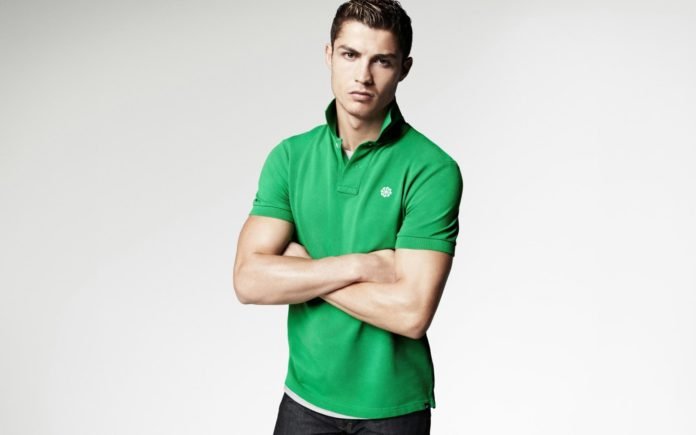 Football is a sport that drives billions crazy because it is based on different fundamental movements that a child starts learning from a very young age. It involves a range of different bodily motions that are considered basic for human beings. But when it comes to Cristiano Ronaldo, there is nothing basic about the way he recreates his own motions.

Whether it is kicking, heading, running or dribbling; he does them better than most footballers. Various debates rage on about whether he is the best footballer ever. And, for many ‘Messi vs. Cristiano Ronaldo’ is an eternal argument that will not die down even when the two legends retire.

Regardless of the comparisons, Cristiano Ronaldo is different from everyone else. He is a highly athletic football star that has changed the way benchmarks are set in this game. Although there have been many players with similar talents, there has hardly ever been a harder working football player than Cristiano. He treats his body like a temple, and trains like there is no tomorrow. For kids, he is the perfect role model. For women, he is the perfect man. And for men, he is someone they all want to be.

Cristiano Ronaldo is a good-looking guy with an extremely chiseled body. No wonder he has had his fair share of girlfriends. The boy born in Madeira started dating Jordana Jardel when he was at Sporting Lisbon. After he made a move to Manchester United, he was dating a model named Merche Romero. The only Cristiano Ronaldo girlfriend from Britain is a popular lingerie model Gemma Atkinson. Although Cristiano Ronaldo has not married so far in 2020, he was in a relationship of 5 years with Irina Shayk, which almost felt like marriage. Just before their relationship stint, Cristiano Ronaldo had a child who he named him Cristiano Ronaldo Junior via a woman of unknown identity. Later, he had 1- year-old twins, Eva Maria and Mateo through surrogacy. Once again, the name of the mystery mother was not disclosed.

After a few more short-term relationships, Cristiano Ronaldo is in a dedicated relationship with the mother of his fourth child – Georgina Rodriguez. As of now, Cristiano Ronaldo has no wife but 4 kids. It is heard that Cristiano is still not satisfied with the size of his family, and we are expected to see more children in the future. Whether we will see a Cristiano Ronaldo wife or not, that is a different matter altogether and remains to be seen.

Cristiano Ronaldo is a Roman Catholic, but does not talk too much about his religious beliefs. He likes to collect crucifix necklaces to show his love for the god and visits church from time to time. As far as politics is concerned, Ronaldo hasn’t yet taken a stand for any political party in Portugal, England, Spain or Italy. Ronaldo is a very helpful person and he is involved in funding AIDS research along with disaster relief & education. He also runs various charities for children. He believes in keeping fit and Cristiano Ronaldo diet is followed by a host of fitness enthusiasts across the globe.

Cristiano Ronaldo was the 4 th child of Maria Dolores dos Santos Viveiros da Aveiro and José Dinis Aveiro. His family was so poor at the time that when his mother had him in her womb, she contemplated aborting him. But it was the doctor who persuaded her otherwise, and Cristiano came into this world.

When he was really small, his father – a kitman for Andorinha football team – got him into the amateur football team. He was quite talented, so he slowly and steadily started impressing everyone around and made his way to the top Portuguese club called Sporting Lisbon. Despite having a heart condition called racing heart and having a surgery for it, he kept on playing football. So convinced he was, about his skills and his future that he even quitted school at a young age to pursue his football dream full-time.

Right now, Cristiano Ronaldo is a finished product. He can do almost everything on football pitch. But when he started at Sporting Lisbon, he was basically a small player who could dribble well. He was an out-and-out winger. The coach recognized his talents and quickly drafted him from B to A team before he was 18. In his debut game in Portuguese league, he scored two goals against Moreirense. Scouts from across the globe started singing his praises. But it was not until August 2003 that he actually grabbed the attention of the most influential sports personality at that time – Sir Alex Ferguson. When Sporting Lisbon beat Manchester United 3-1, and Cristiano’s talent were seen live, Sir Alex expedited his transfer to United.

Many believe that Cristiano Ronaldo was at his best when he was at Manchester United. His relationship with Sir Alex was extremely fruitful. The coach guided him in the right direction, helped him enhanced his physicality and hone his skills. But most importantly, he instilled a passion and the right attitude, which was actually decisive in the success of Cristiano Ronaldo.

Cristiano Ronaldo jersey that he got at United was number 7, although he wanted 28. But it was a testament to his skills that he got this number, which was also worn by legends like Beckham. His first goal for United was a freekick against Portsmouth, and his last was also a freekick, but this time against their bitter rivals Manchester City. In between those two goals, he won several Premier League titles and the coveted Champions League in 2008. Ronaldo’s stock grew quickly at United and Real Madrid came calling in 2009.

Cristiano propelled Real Madrid to their first La Liga title in 4 years. But his biggest role was in helping Real complete the La Decima and adding 4 more champions league trophies to their cabinet. Despite his tremendous role in the success of Real Madrid, Cristiano was often criticized by the fans. The relationship between the club, the player and the fans always kept fluctuating. Unlike the sheer adulation he got at United, he was often criticized by fans when his levels dipped. Probably it was the reason why he decided to move to Juventus.

Cristiano Ronaldo made his Juventus debut in 2018. He was primarily brought to the club to achieve Champions League success, which he hasn’t delivered upon yet (2020). But he has still played an important role in Juventus winning Serie A titles and increasing Shirt sales.

Cristiano Ronaldo has performed tremendously well for his national side. He is only the second player in the world to score more than 100 goals for one’s own country. Cristiano Ronaldo also played an instrumental role in the European Championship victory of Portugal in 2016.

Any discussion about Ronaldo won’t be complete without talking about his Ballons d’Ors achievements. One of the biggest reasons why he has been compared with Messi is because of this coveted award. Messi is one ahead with 6 Ballons d’Ors, but Ronaldo is always chasing the little maestro. One place where Cristiano’s success is unrivalled is in winning European Golden Shoes. With as many as four European Golden Shoes, he is ahead of everybody on that list.

Cristiano Ronaldo net worth is estimated at $450 million dollars. It includes his earnings from club salaries and endorsements. In 2020 alone, he has made $65 million in salary or winnings and $44 million from promotions and advertisements. He was also the most expensive player in the world (at the time) when he signed for Real Madrid for an astronomical 80 million pounds, which equates to over 100 million dollars as per today’s conversion rate.