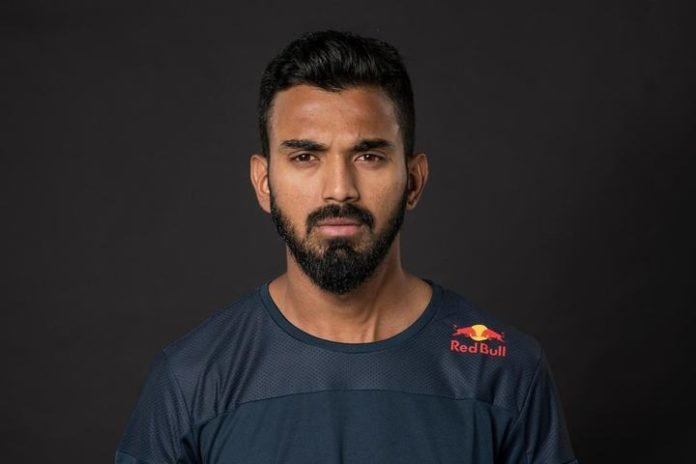 KL Rahul is one of those players who bat better than what their numbers suggest. In his 7-year long start-stop international career, he has shown flashes of his talent but never really created a permanent place for himself like Rohit and Virat. But when it comes to pedigree, he is definitely in the same class.

KL Rahul career in IPL outshines his Indian cricket career. Currently, he is the captain of Punjab Kings (PBKS) and their most consistent IPL batsman. From the time he joined Punjab Kings IPL team in 2018, he has scored a minimum of 500 runs in every season. Apart from his obvious batting talents, he also possesses a fine sense of fashion. He does not shy away from the limelight and always dresses in a stylish manner to grab eyeballs. KL Rahul IPL highest score of 132 against RCB is also the highest for any PBKS batsman. Currently, there is a debate going on about the choice of openers in t20 worldcup 2021 with KL Rahul and Shikhar Dhawan vying for the same position. KL Rahul is expected to be chosen by the selectors.

KL Rahul is a stylish man and attracts people of the opposite sex. He has been linked with many actresses such as Akansha Ranjan Kapoor (Guilty) and Sonam Bajwa (Punjabi actress). KL Rahul was also spotted having dinner with Nidhi Aggarwal (Munna Michael). Despite all the links and rumors, the relationships were never officially confirmed by the involved parties.Currently, it is believed that KL Rahul girlfriend is Athiya Shetty who is the daughter of Sunil Shetty, a famous Indian actor of the 90s. Before leaving for England to play in World Test Championship, he named Athiya Shetty as his partner. They were both seen in an advertisement by Numi Paris. The relationship is highly likely but nothing is officially confirmed.

KL Rahul was in the news for donating his bat with which he played in the 2019 ODI world cup. The bat sold for INR 2,64,228. As far as interests go, KL Rahul car love is not hidden to anyone. He owns a collection of several luxurious cars. The best cars in his collection are Lamborghini Huracan Spyder, which cost him INR 5 crore. Other cars that he owns are Audi, BMW, Range Rover and Mercedes.

As Rahul hails from a very educated family, he gave complete attention to his studies while playing cricket. Unlike most of his peers who drop out, he completed his schooling at NITK English Medium School. Later, he moved to Bangalore to concentrate on his cricket career and joined Jain University for completing his graduation.

KL Rahul’s full name is Kannur Lokesh Rahul. He was born on 18 April 1992. He is from a family of teachers. Rahul’s father Lokesh is a professor at the National Institute of Technology Karnataka while his mother is a professor at Mangalore University. Although Lokesh wanted to name his son Rohan because of his love for Sunil Gavaskar, he mistakenly thought that Gavaskar’s son’s name was Rahul and named his son accordingly. KL Rahul was a precocious talent who started playing for Bangalore United Cricket Club at the tender age of 10.

Domestic, IPL and Under-19 Career

Rahul started his domestic cricket career with a bang while playing for Karnataka in 2010-11 season. Around the same time, he played for India’s U19 team, scoring 143 runs in the 2010 U19 World Cup. The exposure that he gained in the international arena allowed him to grab the limelight and soon he was seen representing Royal Challengers Bangalore in the 2013-14 season. He became a dependable wicketkeeping batsman for the team, but due to the fickle nature of IPL and yearly auctions, he was bought by different franchises in the coming years.

He spent the 2014 season with Sunrisers Hyderabad and was back again with RCB in 2015. It was only after he signed for Kings 11 Punjab that his IPL career stabilized. He consistently performed for the Punjab team and won many Man of the Match awards. Currently, he is the captain of the team. Due to his stature in the shortest format of the game, he is a prime candidate for T20 world cup in 2021. At the time of writing this article, he is rated as the number 6 T20 batsman in the world.

In terms of batting talent, KL Rahul is second to none. But due to a vast array of talent in the Indian team, he hasn’t been able to create a regular place for himself in all formats.

Despite having a very good technique, KL Rahul has struggled in his test career. His average is just under 35, which pales in comparison to the other stalwarts in the team. Just like Mohammad Azharuddin, a former Indian captain, his highest score in test matches is 199.

Rahul is potentially one of the best ODI batsmen in the world with an average of nearly 50. Due to a very strong ODI team, he hasn’t been able to represent the country for long; but whenever he has got a chance, he has made it count. Rahul scored a century on debut against Zimbabwe in a tour over there in 2016. KL Rahul represented India in the 2019 ICC world cup and scored a beautiful century against Sri Lanka. His knock of 111 helped India get over the line in that match.

Rahul holds the incredible record of scoring a century in his first inning as an opener in both test matches and ODIs.

The T20 game really suits Rahul’s swashbuckling style. At the time of writing of this article, he has scored over 1500 runs. KL Rahul T20 average is nearly 40. He is one of the best six hitters in the game. The way he picks up the length intuitively and effortlessly dispatches the ball over the boundary is a sight to behold. The last T20 series he played before the upcoming T20 world cup was England. He experienced a dip of form and struggled in every inning and was dropped in the last T20. Despite that, he is a prime candidate to open for India in the world cup. It tells a lot about his talent and the faith team management has in him.

KL Rahul net worth is estimated at nearly 5 million US dollars in 2021. It equates to INR 374 million. He is still in his prime of life. The fashionable image of Rahul attracts endorsement deals, which is also a major source of his earnings. Within the past two years, KL Rahul has almost doubled his total worth, which is a testament to his development as a cricketer. KL Rahul’s salary in IPL while playing for Kings 11 Punjab was INR 11 crores. It is estimated that KL Rahul charges nearly INR 10 lakh for every advertisement he appears in.