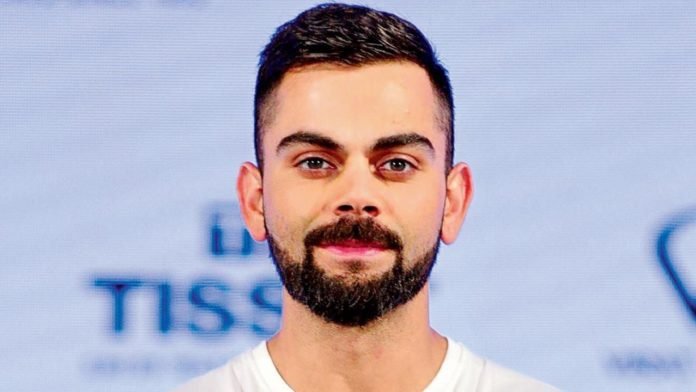 Virat Kohli can be defined by his zeal. An unquenching and relentless desire to improve. Whether it is his batting or fitness or leadership, Virat Kohli is always finding ways to improve himself. In the present times, Indian cricket is bestowed with unprecedented talent in all departments. This upturn in the amount and quality of talent has been a result of many factors, one of them being Virat Kohli – the role model.

Youngsters who don’t even like cricket look up to Virat Kohli and admire his fitness level. Indian fielding has improved drastically because of Virat’s initiatives in this department. Everyone listens to King Kohli, not because of what he says but what he does on the field and off it. He is the best batsman in the world in all three formats and arguably India’s best captain so far.

Before Anushka, Virat was in a relationship with Mansha Bahl (a model/Bollywood actress). There were other rumored romances with other beauties that were never confirmed. But since he has married Anushka Sharma, he has become an ideal family man who dotes over his wife and daughter.

Although Virat Kohli is a Hindu by birth, he is not religious in the truest sense of the word. He has maintained that he is a spiritual person who accepts all faiths and people from different backgrounds. This is one of the main reasons why he has such good bonding with all the players in the Indian squad who come from different cultures, regions, and religions.

Although Virat Kohli has kept himself away from politics, for the most part, his backing of Narendra Modi’s demonetization tactics in 2016 was criticized by many people. He remarked that demonization was the greatest political move ever, but his words did not go down well with many social media users.

Virat Kohli likes to chill by listening to music, dancing, and traveling. But his most important pastime is working out. He is so committed to his physique and fitness that he spends a major part of his free time in the gym working out on those chiseled abs. Virat Instagram account is always an inspiration to the youngsters who want to get fitter.

Virat Kohli made his way into the world on 5th November 1988. As a mere three-year-old Punjabi boy, he picked up the bat for the first time and got hooked to cricket. Virat Kohli’s father Prem Kohli was a criminal lawyer (deceased at 54 years old) and his mother Saroj Kohli is a housewife.

Virat was the youngest in the family with two elder siblings – one brother and one sister. From a very early point in his life, Virat got involved in cricket. He was a natural stroke maker with a never-say-die attitude – a quality hardly found at such a tender age.

Virat’s early years in life were dedicated to cricket. He even switched his school (from Vishal Bharti Public School to Saviour Convent) so that he can get access to better training facilities and coaches. Despite his obvious precocious talents, he did not fall behind in his studies like other budding cricketers. His teachers still remember him as a bright student who was also good at cricket.

After his father’s death in 2006, Virat’s family had to face great financial difficulties. The challenges at an early stage of his life made him mentally tougher, tenacious and possibly helped him achieve the legendary status that he has now in the game.

Domestic and Under 19 Career

Virat started making waves in the domestic circuit when he started playing under-15 cricket. He was the leading run-scorer in many tournaments and also gained the captaincy of Delhi cricket team. Virat went on to win Vijay Hazare Trophy for Delhi’s under-17 side as a captain and was also the leading run-scorer with a total of 757 runs.

Virat was rapidly making strides in the game but his real breakthrough in life and cricketing career came when he led India Under-19 team to the world-cup glory. Suddenly, he was one of the most popular names in the game and was quickly inserted into the senior Indian national cricket team.

Virat debuted against Sri Lanka. In his first match, he was dismissed for only 12 runs. But later showed the batting consistency (with scores of 37, 25, 54, and 31), for which, he is so well-known now. Though he did not set the world on fire, he played a key role in India winning that series 3-2.

After the initial success, he became a part of the national team setup. But when the seniors Sachin and Sehwag came back into the squad, he was left out for later series.

But in another home series against Sri Lanka, he got the opportunity to prove himself when he was selected as a replacement for injured Yuvraj Singh. He scored his first one-day century, a beautiful knock of 107 runs with a strike rate of nearly 100. During these times, the Indian team was pretty strong in the batting department. Virat’s real opportunities came when the seniors like Sachin and Gambhir started losing their places due to injury.

Virat wasn’t very successful in his initial test match performances against West Indies. He accumulated just 76 runs in a total of 5 innings he got to bat in the test matches of the June–July 2011 West Indies tour.

But his performances in the one-day series were better. He helped India to a 3-2 series victory with his consistent batting. However, he was still nowhere near the status he would go on to achieve later in his life.

During these times, Virat was learning from the best batsmen in the business. Playing alongside Sachin, Dravid, and other greats, he was adding another dimension to his batting. Despite his early failures in test matches against Australia in the 2011 test series, he came back with a bang and scored the most runs in the series that included his maiden century, a knock of 116 runs. In spite of that knock, India got whitewashed 4-0 by Australia. But Virat got the much-needed boost and belief in his abilities, which sent him in the right direction towards greatness. He also top-scored in the triangular series for India, in which, India did not qualify while playing against the likes of Australia and Sri Lanka.

Suddenly, after the Australia series, Virat Kohli became the talk of the town. He was appointed as the Vice-Captain and everyone started believing that he would be the future of Indian cricket.

He was gradually improving as a batsman in all three forms of the game. Despite his obvious aggressive style of batting, he showed that he could bat according to situations and gave a good account of himself when trying to draw a match against England. His 103 from 295 ball innings in Nagpur against England in the 2012 series is a reflection of his versatility and mental tenacity.

In 2013, Virat became the captain of team India after Dhoni suffered an injury before the West Indies series. He scored a fantastic 102 off 83 balls, his first century as captain. After that, came a whirlwind knock against England, the fastest ODI century by an Indian. His 52-ball century was responsible for India achieving a seemingly unsurmountable 360 run target.

Virat has reached 10,000 runs in one-day cricket before he turned 30. He has been named as the captain of both ODI and test 11 in 2017 by ICC. Virat has led India to the finals of the World Test Championship (2021), 2017 ICC Champions Trophy, and world cup semi-finals in 2019. But above all, he brought a change in the mindset of the Indian cricket team and made it fitter than ever before. Nowadays, the Indian cricket team is well-known for its fielding excellence, which wasn’t the case before Virat Kohli rose to prominence.

Along with Rohit Sharma, Virat is touted to be India’s best batting star of the era. The only difference between Rohit and Virat is their batting style. Rohit is more swashbuckling, not shying away from hitting in the air; and Virat, still aggressive, but more text-book and playing along-the-ground type of player. Due to his more conservative approach, Virat became the better batsman in test matches and held a firm place in the Indian national team.

A Player for All Seasons, Pitches, and Situations

Virat Kohli’s record is unparalleled when we look at his success. He has done well on almost every type of pitch, in almost every format, and against every opposition. Over the years, he has led Royal Challenge Bangalores and the Indian team with an unmatched passion and unquenchable thirst for success. Although RCB hasn’t won an IPL yet, Virat Kohli IPL 2020 price of 17 crores says a lot about his value to the team. IPL today is one of the most important part of cricket and Virat Kohli is one of its biggest assets. In 2021 Indian Premier League that was called off due to Covid-19 pandemic, Virat had scored 198 runs in 7 matches. He is one of the biggest reasons why India has managed to stay as the number 1 test team in the world for so long. Despite India losing the recent WTC final against New Zealand, his efforts cannot be underestimated. Virat is defined by his fighting spirit and unbelievable consistency.

Virat Kohli net worth in rupees is estimated at a staggering 980 crore. His annual income is approximately 60 crores, a sum product of his earning through cricket and endorsements. He is still in the prime of his life as a cricketer and expected to break new milestones in terms of earnings in the near future.