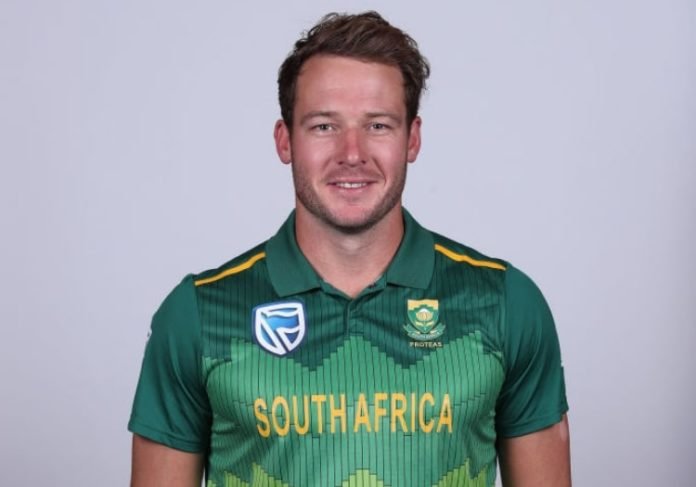 David Miller is one of the many South African stars with immense talent. Primarily, David is a limited-over player with a very good T20 record. He has played with many T20 franchises across the globe. His experience in the T20 format makes him the ideal addition to South Africa’s ICC T20 world cup squad. Due to his explosive batting style, David Miller is also known as killer Miller. He has a fantastic personality and stands 6 feet tall. David Miller is a very good fielder and an occasional wicket-keeper. When the situation demands, he can even bowl part-time off-break.

Most of the times when South Africa finds itself in trouble, David Miller comes to their rescue. He takes pressure very well and guides his team to victory whenever the situation becomes difficult. Miller is famous for his swashbuckling style. Many consider him to be the best finisher in the South African team.

David Miller is a Christian by birth. He is a level-headed fellow and likes to stay consistent, no matter what the situation is. This mindset reflects in his batting as he has already taken his team over the line many times in tough situations. Miller is someone who thinks beyond cricket and believes he is born to do other important things in life apart from playing the sport.

In his free time, David likes to play golf, in which, he has a handicap of 12. For those who are unaware, handicap in golf shows the potential of a player. At a handicap of 12, David can be considered an average golf player. Miller is also a scuba divining fan. His favorite batsmen in world cricket are Matthew Hayden and AB De Villers. David likes to wear the number 10 on all his cricket jerseys. His favorite Hollywood actor is Will Smith.

David Miller was born in a Christian family on the 10th of June 1989. He hails from Pietermaritzburg, Natal Province in South Africa. David Miller father name is Andrew Miller. He has two siblings – a sister and a brother.

Unlike many other cricketers who compromise their education in an attempt to build their cricket career, Miller finished his school at St Lucia Zouks School. After that, he graduated from Maritzburg College that is located in Pelham, Pietermaritzburg in South Africa.

Miller was introduced to domestic cricket via SuperSport Series in South Africa. He made his debut for Hollywoodbets Dolphins that represents KwaZulu-Natal province in South Africa. He was quite successful in the early part of his career and even scored a half-century in his debut match. He took the Dolphins to the final of the Pro20 Series (a Twenty20 competition), but unfortunately, the team ended up losing finalist.

Due to his consistent performances in the domestic league, he started getting call-ups for international T20 leagues. But despite the call ups and increased workload, he continued playing in the domestic league. He represented Durban Heat during the first edition of the coveted Mzansi Super League. Currently, in the 2021-22 domestic season, David Miller is playing first-class cricket in South Africa for KwaZulu-Natal.

David Miller made his international debut for South Africa in a T20 against the West Indies in Antigua. In that match, he replaced the legendary Jacques Kallis and did really well by top-scoring. He helped the team to a narrow victory by just 1 run.

David Miller career for South Africa started with a bang and continued in the same vein. His performance in ODIs was also very good. He made his first fifty against Zimbabwe. His inning gave the necessary impetus to the team and South Africa ended with a massive score of 351.

David Miller became a household name after the 2015 world cup was down under. He amassed 324 runs in the tournament. Although he had a good average of 65, it was his strike rate that caught the eye of the people. He scored at an astonishing strike rate of 139 in the coveted ICC tournament. David Miller played one of the best innings of the tournament against New Zealand in the semifinal. He scored 49 runs off just 18 balls, but it was all in vain as New Zealand won the match.

In the next world cup in 2019, Miller wasn’t able to come up with a similar number but was consistent with his scores. In the 6 matches he got to play before the team got knocked out, he notched up 136 runs at an average of 34.
Given the failure of the team in the last world cup, David Miller would like to show the world what he is capable of during the ICC T20 World Cup 2020.

IPL has been an important part of David Miller’s career. David Miller T20 fame is probably the result of his consistent performances with the Kings Punjab team.

David Miller joined the IPL team in 2013. Kings Punjab bought him at the IPL auction for a sum of INR 6 crore. David Miller immediately showed what he was capable of by scoring a phenomenal century – 101 runs off just 38 balls – against the mighty RCB. It was a fantastic inning but he did present a catching chance to Virat Kohli when he was on 31, which was dropped by the now Indian captain. Both are expected to face off during the 2020 ICC World T20 Championship.

After many successful years with Kings Punjab and playing 79 matches for the franchise, David Miller moved to the Rajasthan Royals franchise for the 2019 edition of the tournament. He has been with them since.

David Miller holds the record for the highest 9th wicket partnership alongside Rory Kleinveldt in the history of the ICC Champions Trophy.

David Miller and JP Duminy hold the world record for the highest ever 5th wicket partnership in ODIs. They made this record during the 2015 Cricket World Cup against Zimbabwe.

David Miller plays for a host of franchises across the globe. Through his hard work, talent, and dedication, David Miller net worth has swelled to 11 million US dollars. In the Indian currency, the net worth equates to INR 81 crore. As far as automobiles go, David Miller cars include BMW and Audi. He owns a real-estate property worth INR 8 crore in South Africa.