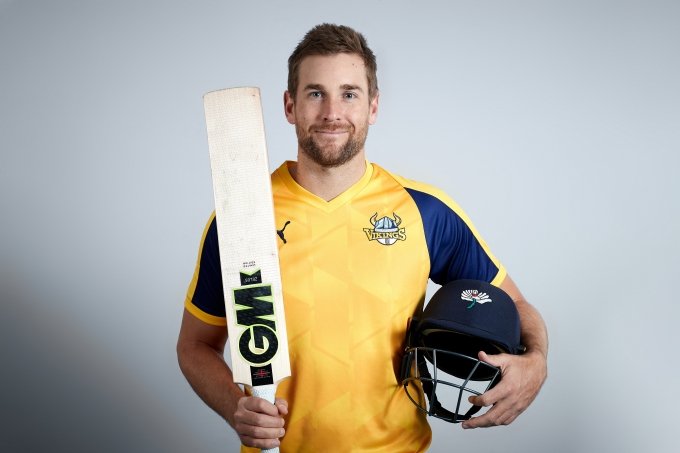 There is something immensely likable about Dawid Malan. Of late, the Englishman has been in the news for all the right reasons. Talk of the T20 format and David Malan’s name comes straight into mind. Malan’s rise in T20 cricket has mirrored England’s rise in white-ball cricket. All those who follow Malan closely would be well aware of the storm he can give rise to once he is on song. Since making his T20 debut against South Africa in 2017, he has gone on to become one of the hottest properties in the world of cricket.

Seen by many as a T20 journeyman, David Malan’s career skyrocketed after he was given a chance to wear national colors in 2017. He has represented England in all three formats of the game. However, he gained recognition as a T20 specialist for the ‘Three Lions’. At present, he is the top-ranked batter in T20 cricket with 841 points (as of July 20, 2021).In English County Cricket, Malan started with Middlesex CCC, one of England’s most popular counties. However, he decided to move to Yorkshire in 2020 to focus on his T20 career. Dawid Malan’s batting is a mixture of caution and aggression. He is someone who likes to knock the ball around to keep the scoreboard ticking. He is capable of hitting massive sixes once set.

Claire Mottram is Dawid Malan’s wife. She works as a Relationship Manager at Deutsche Bank. Also, she is known for the tantalizing pictures she posts on Instagram. Claire is highly qualified and has a degree in sports medicine.

Dawid Malan was part of Paarl Boys’ High School in South Africa. It was here that he started his cricketing journey.

Dawid Malan was born in London but spent the early part of his life in South Africa. He was educated at Paarl Boys’ School (as stated earlier). He was made part of Boland’s squad in 2005/06 while he was still a teenager. However, he joined Middlesex CCC after he relocated to the UK. He scored 132 not out on debut in a County Championship game. Also, he became the first player to score a century while batting at number 6 in T20 cricket. He achieved the feat in a match against Lancashire Lightning during the quarter-final of the T20 cup in England. At present, Dawid Malan’s T20 record is exemplary, and he is one of the world’s most popular T20 specialists.

Malan has scored more than 11,000 first-class runs in the domestic circuit. He has been one of Middlesex’s most prolific performers in recent times. Thanks to his consistent scores, he was added to the England squad that hosted South Africa in 2017. He was selected for the winter tours of Australia and New Zealand despite a string of low scores. Dawid Malan’s first century in Test Match cricket was scored against Australia during the 3rd Test Ashes Test (in Perth).

He continued his form during the Trans-Tasman Trophy (Triangular Series involving Australia, New Zealand, and England). Malan scored three half-centuries in the 4 T20I matches he played during the tour.

Dawid Malan’s reputation as a T20 specialist grew after he notched up his maiden T20I century in a match against New Zealand at McLean Park, Napier, in 2019/20. He scored the century off just 48 balls. It is the fastest century by an Englishman in T20I cricket. Consistent performances with the bat against the likes of Pakistan and Australia in the summer of 2020 helped him cement his place in England’s Twenty20 side.

David Malan As a T20 Journeyman

Dawid Malan has been popular in franchise-based leagues across the globe. In the Natwest T20 Blast, he plays for the Yorkshire Vikings. In the Pakistan Super League, Dawid Malan is con Islamabad United’s dressing room (2020). He has also plied his trade for the Peshawar Zalmi as a top-order batsman for a few seasons.

As far as Australia’s BBL competition is concerned, Hobart Hurricanes have a contract with Malan. Surprisingly, this was his first stint in the BBL despite being the world’s top-ranked T20 batter. Also, the Punjab franchise signed him for the 2021 edition of the Indian Premier League (IPL)

Dawid Malan’s T20 stats are nothing short of exemplary. He has scored over 1100 runs in international Twenty20 cricket at an average of over 40. In just 30 T20I matches for England, he has 12 scores over 50, including an unbeaten century against New Zealand.

Also, he looks at these T20 stints are a means to cement his spot in England’s T20 squad ahead of the ICC Men’s Twenty20 World Cup 2021. Take this for an example: he became part of the Punjab franchise in the Indian Premier League (IPL) to get accustomed to the slow and low batting strips that are found in abundance in various parts of the Indian sub-continent. Earlier, the ICC Men’s Twenty20 World Cup 2021 was supposed to be held in India, but the plan could not reach fruition because of the deteriorating COVID-19 situation in the country. Now, the world cup would be hosted jointly by the United Arab Emirates and Oman.

Given his rising stature in Twenty20 cricket, he is definitely one of England’s trump cards going into the T20 world cup. Also, he can knock the ball around (to keep the scoreboard ticking), which makes him a potent weapon in the shortest format of the game.

Malan endorses Gray Nicholls, a prominent manufacturer of bats and sports equipment in the UK.

Currently, Dawid Malan’s net worth is USD 5 million (INR 38 crores approx.) However, Dawid Malan’s finances would surely grow in the times to come if Dawid Malan can churn out consistent performances like he has been doing all these years. At present, he has signed an incremental contract with the national side. Soon, he is likely to stake a claim for England’s White-Ball (Limited overs) contract by making his presence felt in the 50-over game.