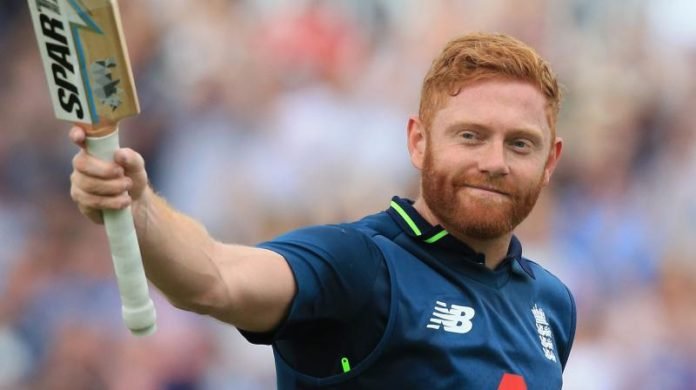 Jonny Bairstow‘s ability to hit the ball defies his size and personality. He doesn’t look the part in person, but give him the bat, and he transforms into a batting beast. Cricket Pundits in different parts of the world admire and appreciate Bairstow due to his natural ability to take the attack to the opposition. Jonny Bairstow is an aggressive wicket-keeper batsman, but he can walk into any side on his batting credentials alone.

Hailing from Yorkshire, Bairstow is one of the best wicket-keepers in the world. He is the only English Batsman to score three (3) consecutive centuries in ODI cricket. Johnny Bairstow’s international career started when he was selected in the ODI series against India in 2011. Bairstow scored 41 off 21 in a rain-curtailed game to lead his side to victory. He plays regularly for England’s limited-overs sides and is also an integral part of the test-match squad. Bairstow is also a popular Twenty20 batsman and plays for various Twenty20 franchises across the globe. In all fairness, Jonny Bairstow’s T20 record speaks louder than his words. The man from Yorkshire plays for Welsh Fire in ‘The Hundred’ – a 100-ball cricket tournament in the UK.

Jonny Bairstow is one of the world’s most consistent all-format batsmen. Bairstow has claimed nine dismissals in Test Match cricket for England on two (2) occasions. He is one of the most aggressive wicket-keeper batsmen of the 21st century and has several records to his name, including the record for the most dismissals by a wicket-keeper in a calendar year (70). He plays for Yorkshire CCC in English County Cricket.

Jonny Bairstow developed a liking for cricket as he came from a family of cricketers. Bairstow took up several sporting activities during his formative years but shifted his focus to cricket to carry forward his family’s tradition. Just like most Englishmen, he is a football fan. He loves watching the Premier League and supports Manchester United. He is a Christian who visits church on a regular basis.

David Bairstow, Jonny Bairstow’s father, was a first-class cricketer who also represented England. Coincidentally, David Bairstow was also a wicket-keeper who could bat. Unfortunately, his father committed suicide at the age of 46. Andrew Bairstow is Jonny Bairstow’s brother. He has played first-class cricket for Derbyshire. Jonny has a sister named Becky. Janet, Jonny Bairstow’s mother, was elected the first vice president of Yorkshire CCC in March 2020. She was diagnosed with cancer but survived because of several extensive rounds of chemotherapy.

Jonny Bairstow was linked with Lauren Dalglish, the daughter of Kenneth Dalglish, a former forward for Liverpool and Scotland. They both enjoyed a private relationship (away from all the limelight). However, both of them have not married yet, and probably still testing the waters.

Jonny Bairstow played cricket during his time at St. Peter’s School in York. He also played for Yorkshire’s second XI and scored heavily for them. He played for the Leeds United youth team as well.

Johnny Bairstow’s first-class debut for Yorkshire’s first XI came in 2009. He started featuring regularly in Yorkshire’s first XI in 2010 and 2011. The national side picked him in 2011, thanks in part to a string of consistent performances for Yorkshire.Jonny Bairstow features regularly for Yorkshire during the Twenty20 Blast Campaign. He is one of their top performers in the shortest format. In 2021, Bairstow began playing for Welsh Fire in ‘The Hundred’. Johnny Bairstow’s Twenty20 credentials are exemplary as he is a naturally aggressive player who likes to hit the ball hard. He is one of the few wicketkeepers to score more than 10,000 first-class runs.

As a Limited-overs Specialist

Jonny Bairstow’s one-day career took giant strides after Eoin Morgan called him into the squad as a specialist batter. He fitted in perfectly with the aggressive approach of his captain. He, along with Jason Roy, Jos Buttler and Ben Stokes, took the team to the next level in limited-over formats. He is the 5th fastest batsman to 3000 ODI runs (72) innings. Bairstow has close to 3500 ODI runs for England under his kitty at an average of over 47.

Johnny Bairstow’s T20 career is exemplary. He is one of the most consistent performers with the bat in Twenty20 leagues across the globe. He plays for Sunrisers Hyderabad in the Indian Premier League and has been one of their best performers over the past couple of years.

Jonny Bairstow’s Twenty20 World Cup preparations got off to a promising start when he began playing in IPL T20 2021. However, his preparations got hampered as the tournament was stopped midway because of the rising number of Coronavirus cases inside the bio-bubbles. Currently, he is playing for Yorkshire CCC as part of their NatWest Twenty20 Blast Campaign. His hard-hitting skills are rated quite highly by cricket pundits across the globe. Also, he is expected to play a pivotal role (as a middle-order batsman) during the ICC Men’s Twenty20 Cricket World Cup 2020. Of late, he is also working on his ability to rotate the strike. He captains Welsh Fire in ‘The Hundred’.

What Jonny Bairstow lacks is consistency, and he has been working on this aspect of his game for quite a while. Luckily, his performances in both the limited-overs formats have been exceptional of late. This is exactly why Bairstow can turn out to be one of England’s dark horses going into the ICC Men’s Twenty20 Cricket World Cup 2020

Johnny Bairstow was roped in as the ambassador of the Scarborough Group, owned by the McCabe family, in 2017. Uvistat, a sun care range in the UK, roped in Jonny Bairstow as its brand ambassador and face in 2015. Bairstow attended several promotional events organized by the brand. Goodwin Smith, a prominent clothing and footwear brand in the UK, also joined forces with Jonny Bairstow in 2018 (September). Being one of England’s best white-ball players, he has been able to draw the attention of several youth-oriented brands.

Jonny Bairstow attracts a lot of commercial endorsements, thanks in part to his good looks. As of 2021, Jonny Bairstow’s net worth is INR 59 crore. Well, that is because he happens to be a popular face in both of England’s white-ball formats. His worth will only grow in the times to come as he is a fearless, exciting and truly a next-gen cricketer.