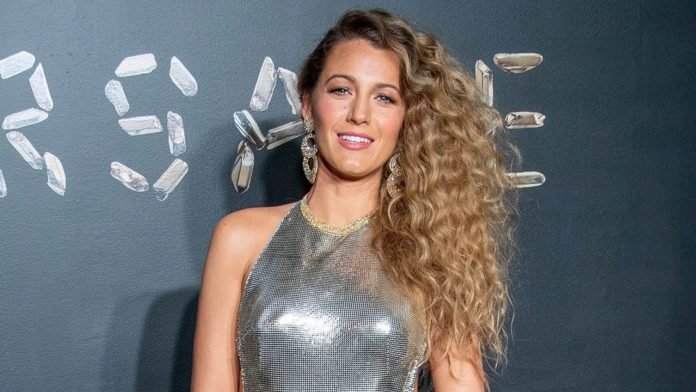 Blake Lively was born into a family of actors and her mother was a talent scout, but not many know that her initial dream was not to be an actor. Thank god, she changed her mind or we would not have had the pleasure of watching her in some of the most iconic movies of the last two decades.

From a flirtatious teen in ‘The Sisterhood of the Traveling Pants’ to a survivor in the gritty movie ‘The Shallows’, Blake Lively has come a long way in the industry. And at Blake lively age of just 33 (in 2020), she has a lot more to offer in the coming years.

The fact that Blake Lively hails from the entertainment industry does not make her journey any less admirable. She has reached amazing heights in Hollywood by playing interesting roles throughout her career.

Unlike her counterparts who shy away from motherhood in the early part of their career, Blake Lively has already given birth to three children with Ryan Reynolds as her husband.

Blake Lively and Ryan Reynolds are one of the hottest couples in the Hollywood. In a way, she has the perfect Hollywood story amidst the chaotic world of stars where relationships do not work so well.

Blake Lively and Ryan Reynolds wedding took place in 2011, and they have been in a wonderful relationship for almost a decade. But Ryan wasn’t the first man in Blake’s life. Her dating journey started with her on-screen partner in ‘Simon Says’, Kelly Blatz.

Although Blake had a crush on Kelly from the very beginning, the relationship did not last for long. Next, she dated another co-star on her famous TV show ‘Gossip Girl’. They started out as friends but gradually grew fond of each other. The relationship lasted for nearly three years, and the couple separated in 2010.

Blake Lively and Ryan Gosling were rumored to be dating after they were spotted at Disneyland sharing an ice-cream. But the rumor remained just a rumor, and Blake ventured into a relationship with the superstar of Hollywood, Leonardo Di Caprio.

In the 5 months Blake Lively and Leonardo Di Caprio were together, they hopped almost the entire globe visiting France, Australia, NYC, and Italy. After their brief stint as lovers, they decided to just be friends.

Blake Lively and Ryan Reynolds first met on the set of their movie ‘Green Lantern’. They were pals for a couple of years before they decided to make their relationship official.

The trigger for the start of their relationship was a double date, in which, both were supposed to be dating their respective partners. However, the couple simply could not douse the sparks that flew between them that day, and decided to date and finally marry on September 2012.

Blake Lively and Ryan Reynolds wedding took place at Boone Hall Plantation, which is at Mount Pleasant in South Carolina. Blake Lively wedding dress was a silk tulle gown that came with rose-gold embroidery and crystal beading on the shoulders.

Through the marriage, Blake lively and Ryan Reynolds kids are Betty Reynolds, James Reynolds and Inez Reynolds. The parents and their three daughters live in a plush £4.3 million (5.71 million US dollars) New York Home.

Blake Lively was born as a Christian, but she does not talk much about her religious choices and faith. As far as politics is concerned, she was an Obama supporter when he was the president of the US, which indicates that she is a democrat.

She has even made a popular political statement in which, she has said that even one vote to a Republican candidate can have a disastrous impact, which may last for years to come.

Blake Lively came into this world on August 25, 1987. She was born to Elaine and Ernie Lively. She hails from Los Angeles, California. Her parents were in the entertainment industry with her father being an actor and her mother a talent scout.

She has one elder brother and many step-siblings from her mother’s side who are all actors. Therefore, she spent her childhood in an actor-friendly environment.

She did her schooling from Burbank High School, and wanted to go to Stanford University. But ultimately, she decided to choose acting as her career.

Through her many high school auditions for acting roles, Blake finally got herself a part in the movie adaptation of the novel ‘The Sisterhood of the Traveling Pants’. She played one of the four leads in the movie.

The drama-comedy was appreciated by the fans and Lively got a nomination for a Teen Choice Award. After that, she earned a role in a slasher/horror movie called ‘Simon Says’. She even met her first boyfriend Kelly Blatz through the movie.

After that, she got a deeply-layered role as a bulimic model in Elvis and Anabelle. The film was regarded as a cult Gen–Z movie and loved by the critics.

Career in the Second Gear

All the initial success notwithstanding, Blake’s career was still in the first gear. Her career pushed for the second gear with her next performance in ‘Gossip Girl’, a drama series by The CW.

Blake as Serena van der Woodsen was an instant hit amongst fans. Her popularity rose to new heights when she played the role of Bridget again in ‘The Sisterhood of the Traveling Pants 2’. The movie was a commercial success and earned over 44 million US dollars.

Other notable movies that Blake was part of between 2005-2011 are ‘The Town’ and ‘The Private Lives of Pippa Lee’. Many of Blake’s fans recognize her performance in the latter to be her most accomplished till date.

She played the role of a troubled teenager, and she did it with tremendous skill and dedication. Her acting brought out the various shades of the character in an emphatic way.

‘Green Lantern’ was one of the superhero movies of 2011, which starred Ryan Reynolds in the lead. It was one of the biggest movies in Blake’s career, especially in terms of the budget.

The movie brought around a turnaround in her personal and professional fortunes. Not only the movie became Blake’s most commercially successful movie and won her global admiration, it also introduced her to the man who would later become her husband.

There is no denying the fact that Blake Lively is one of the prettiest women in Hollywood. This is the reason why she was chosen as the face of L’Oreal in 2013.

Just as Blake’s image as a global star was growing, she was also getting quality roles alongside top actors. And, there is no bigger star in Hollywood than Harrison Ford, who Blake Lively starred alongside in ‘The Age of Adaline’. Although the movie was not very successful, Blake’s performance was appreciated.

‘The Shallows’, released in 2016, had Blake in the starring role. Lively played the role of a surfer who had to survive a shark attack. The movie got rave reviews, and once again, Blake’s performance was appreciated.

She has also played an impressive role in the thriller movie ‘A Simple Favor’, which was released in 2018. One of the most recent Blake Lively movies is ‘The Rhythm Section’. The movie was released in Jan, 2020 and it had Blake in the role of an assassin.

Blake Lively net worth is 16 million US dollars as of 2020. Till date, the movies with Blake Lively in the leading role have earned nearly half-a-billion US dollars. Most of Blake’s earnings are from movies and TV shows, but she has also earned her fair share via endorsements for some of the major brands in the world.