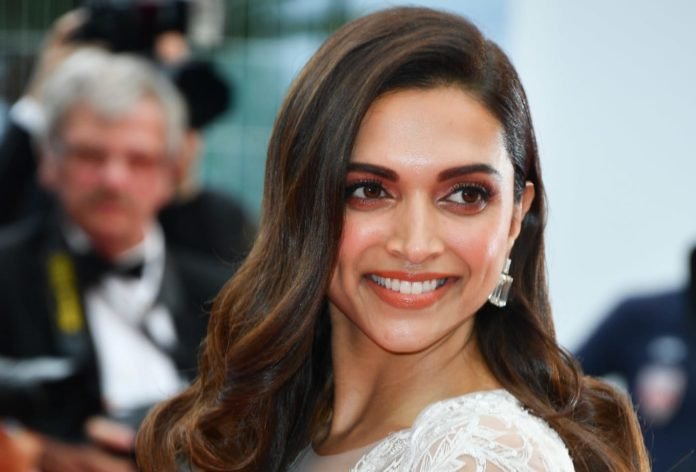 Talk of Bollywood’s most versatile actresses and Deepika Padukone name would automatically come to mind. Born on January 5, 1986, to badminton star Prakash Padukone, Deepika was born in Copenhagen, Denmark, and was raised in Bangalore.

Movies with Deepika Padukone in the lead are known for touching upon a wide range of issues, right from acid attacks to major historical events, such as the Chittagong uprising of 1931.

There are hardly many actresses of Deepika Padukone’s stature. She is known for playing a wide range of versatile characters, such as Kalpana Dutta in ‘Khelein Hum Jee Jaan Se’, a period piece by Ashutosh Gowariker. She has also played Princess Mastani in ‘Bajirao Mastani’, a magnum opus directed by Sanjay Leela Bhansali.

Over the years, Deepika Padukone has established herself as one of the most prominent actresses in Bollywood. She has won a total of 3 Filmfare Awards, including a Filmfare Award for Best Female Debut Actress for Om Shanti Om (2008).

Deepika began dating Ranveer Singh, a co-actor in ‘Goliyon Ki Rasleela: Ramleela’, after the roaring success of the film. Deepika Padukone and Ranveer Singh got married in a highly publicised ceremony in Italy (Lake Como). Deepika Padukone’s wedding was a subject of widespread media coverage in India.

Early on in her career, Deepika Padukone was clicked on various occasions with Yuvraj Singh, the star Indian all-rounder, after the ICC World T20 in South Africa. The two of them dated briefly before parting ways after a while.

Then, the girl born in Denmark dated Ranbir Kapoor, his co-star in ‘Yeh Jawaani Hai Deewani’. She was also seen alongside Siddharth Mallya, the face of the IPL franchise from Karnataka, the Royal Challengers Bangalore.

All of these affairs attracted a lot of media attention and her break-up with Ranbir Kapoor became the talk of the town. However, she finally decided to settle down and tied the knot with Ranveer Singh, her frequent co-star after severing all ties with Ranbir Kapoor.

The Beginning and Introduction to Modelling

Deepika Padukone’s first movie role was in Aishwarya (2006), a Kannada movie helmed by Indrajith. It was followed by Om Shanti Om (2007), her Bollywood film debut.

She played the leading lady opposite Bollywood superstar Shah Rukh Khan and her performance (in a dual role) was loved by fans and critics alike and she went on to work with numerous directors post her debut success in Bollywood.

Deepika Padukone’s movies started performing well after 2012 when she was cast alongside Saif Ali Khan and Diana Penty in ‘Cocktail’ in 2012. The movie was followed by several commercially successful ventures, including Race 2 (2013), Goliyon ki Rasleela: Ramleela (2013), and ‘Yeh Jawaani Hai Deewani’.

Deepika Padukone’s ‘Chennai Express’ was a big commercial success. Moving on, ‘Yeh Jawaani Hai Deewani’ was a Deepika Padukone and Ranbir Kapoor movie that also went on to become one of the top grosser of 2013. ‘Tamasha’ and ‘Bajirao Mastani’ also ended up doing good business in 2015 and turned Deepika Padukone into the undisputed queen of Bollywood.

Deepika Padukone started out as a Badminton player at the national level but shifted her focus to modeling. She was first seen in an advertisement for Liril and made her debut at the Lakme Fashion Week in 2005 where she collaborated with Suneet Varma.

A year later, she bagged the ‘model of the Year ‘Award at the Kingfisher Fashion Awards ceremony. Over time, she began receiving film offers but was hesitant to take them up as she felt she was a bit ‘inexperienced’ to work in films.

However, she joined Anupam Kher’s acting school in order to hone her acting skills and the rest, as they say, is history.

Her debut success was followed by a string of commercially unsuccessful movies. She worked with Akshay Kumar in ‘Chandni Chowk to China’, a movie directed by Nkhil Advani, which was a critical and commercial failure of epic proportions.

It was followed by ‘Love Aaj Kal’, a movie directed by Imtiaz Ali. The movie went on to become a super hit at the box office and was appreciated and loved by fans and critics alike.

But everything was not hunky-dory in her career before 2012. Her career suffered from some major commercial failures like ‘Khelein Hum Jee Jaan Sey’, ‘Lafangey Parindey’ and ‘Break Ke Baad’.

In 2018, she founded ‘Ka Productions’, a production house of her own. ‘Chhapaak’, a movie based on the life of Laxmi Agarwal, an acid attack survivor, marked her debut as a producer. Deepika Padukone’s latest movie is ‘83, which was to release in April ‘20, but got postponed due to the COVID-19 pandemic.

Deepika Padukone has been speaking proactively about a wide range of issues, such as depression and feminism. Back in 2015, Deepika spoke openly of her struggle with depression and mental health.

She was a national-level Badminton player but subdued her passion for the sport in order to get on with a career in modeling. Playing badminton, cooking and dancing happens to be her hobbies.

As per reports, Deepika’s total earnings stand at INR 48 Crore (July 2020). Also, Deepika Padukone’s net worth is over INR 100 crore, all thanks to her brand endorsements and movie roles.

Also, she charges INR 15 crore for a movie, which makes her one of the highest-paid actresses in Bollywood. As per reports, INR 15 crore is the amount charged by Deepika Padukone for a role in ‘Pathan’, an upcoming Bollywood movie starring Shah Rukh Khan in the lead role.

Deepika Padukone did a screen test for Beyond The Clouds, due to scheduling conflicts, she could not do the movie.

For the song Ghoomar from Padmaavat, Deepika Padukone did 66 twirls wearing heavy costumes and extravagant jewelry.

Deepika Padukone charged a remuneration of 13 crore INR for Padmaavat, making her the highest-paid actress in Bollywood.

Tamasha was initially offered to Anushka Sharma, however, she turned it down hence, the role went on to Deepika Padukone

Kick`s leading lady`s role was initially offered to Deepika Padukone but she did not want to work with Salman Khan.

The famous hand movements in folk-ish song Pinga have been borrowed from Sanjay Leela Bhansali`s cook and house help.

Deepika Padukone was the first choice for the role of the NASA scientist in Zero which then went to Anushka Sharma.

Deepika Padukone was the first choice for Rockstar but Imtiaz Ali realized it would look a lot like Love Aaj Kal.

Before she made it big in Bollywood, Deepika Padukone was in a live-in relationship with actor-model Nihar Pandya.

Deepika Padukone was offered a role in Fast and Furious 7, but she turned down the offer due to date issues.

Deepika Padukone is the first Bollywood actress to have delivered four, 100 crore rupees plus hits, consecutively.

Deepika Padukone claimed Chhapaak has been the most emotionally and physically challenging role till date.

Deepika Padukone has her own line of women’s clothing called ‘All About You’.

In 2010, Deepika Padukone adopted Ambegaon, a village in Maharashtra, to provide the villagers with electricity, in collaboration with NDTV’s Jai Jawaan, a reality show.

Deepika Padukone is an active supporter of the Olympic Gold Quest, an organization co­founded by her father, to support athletes at the Olympic Games.

As on of Bollywood’s most recognized personalities, Deepika Padukone has been associated with products for several high­profile brands like Liril, Garnier, Nescafe, Sony Cyber­Shot, Tissot, Pepsi, Maybelline, and Vogue Eyewear.

Deepika Padukone starred in a two­-and-­a-­half minute Women’s Empowerment Video for
Vogue, called “My Choice”, in 2015. The highly controversial video about feminism has been
viewed several million times, has split people’s opinions and received a lot of criticism.

In the video, Padukone speaks of how it’s a women’s choice how to behave, what to do, and who to love.Statements like it’s a woman’s choice to “have sex outside of marriage” have been heavily
criticized. Some say that the video appears to be promoting the superiority of women over men rather than their equality and the film gives a distorted view of feminism.

The news outlet was on the receiving end of immense criticism from celebrities and deeregular citizens alike, with Padukone herself tweeting, “Supposedly India’s ‘LEADING’ newspaper and this is ‘NEWS’!!??” She added, “YES! I am a Woman.

I have breasts AND cleavage! You got a problem!!??” The Times of India after getting a lot of flak attempted at defending themselves, calling Padukone a hypocrite, and only conceding that the headline could have been better.

Deepika Padukone and Sonam Kapoor shared a love-hate relationship for some time. After
appearing together on a controversial episode of Koffee With Karan, where the two openly took shots at other celebrities, including Padukone’s former flame Ranbir Kapoor, Padukone patched up with the actor, leaving Sonam Kapoor bitter, and taking to twitter to take digs at Padukone.

In 2009, a year after they began dating, Ranbir Kapoor and Deepika Padukone ended their relationship. Although Ranbir initially claimed that the break-up​ was mutual, he later admitted to infidelity.

When asked about this in an interview, the actor said, “Yes, I have, out of immaturity, out of inexperience, out of taking advantage of certain temptations, out of callousness.” The two are, however, on good terms and continue to share a friendly and professional relationship.

It`s very, very easy to get carried away by the fame, the success, the kind of love, appreciation, and adulation that we get. My choices are like my fingerprints, they make me unique. When you look at a person, any person, everyone has a story. Everyone has gone through something that has changed their life. Anxiety, depression and panic attacks are not signs of weakness. They are signs of trying to remain strong for way too long. I feel ups and downs are a part of one’s career, and this totally depends on how you take it. You can either be knocked down by the negative things, or you can take it in a positive way and learn from it. The fruit of your own hard work is the sweetest. I’m a shy person. I contradict my own profession because I’m an introvert in a very glamorous world. Correct me if I am wrong, but I personally feel that the Indian body type is not cut out to be size zero. I am not size zero and I don’t believe in that either. People talk about physical fitness, but mental health is equally important. I see people suffering and their families feel a sense of shame about it, which doesn’t help. One needs support and understanding. I don’t think I am a star; I consider myself like any other girl who is of my age. Others may be working in an office and doing different jobs. Similarly, I don’t think I am doing something different- I am also working. Never lose focus of what you want for yourself. People will try and pull you down. There might be things in your life, which will deter your confidence. There might be days when you want to break down; there could be days when you feel like giving up. It’s extremely important to be emotionally strong and be focused. Do it your own way. And don’t be afraid of making mistakes.
- Advertisement -
Facebook
Twitter
Pinterest
WhatsApp
ReddIt
Previous articleBlake Lively
Next articleSylvester Stallone
Fans Era