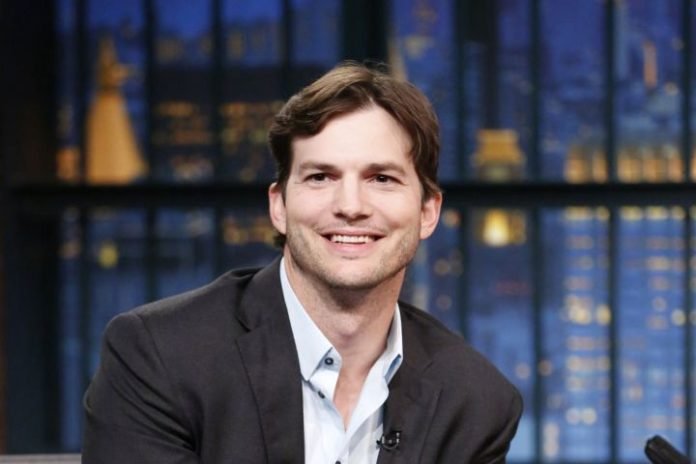 Christopher Ashton Kutcher is an American actor and entrepreneur known for his roles in various comedy dramas. He has also starred in ‘The Ranch’, a Netflix series, between 2016 and 2020. Over the course of time, Ashton Kutcher movies struck a chord with the youngsters after starring in a string of successful romantic comedies.

Apart from being an actor, Ashton has also produced ‘Punk’d’, a television series. He hosted this series for eight (8) seasons. Presently, Ashton Kutcher’s movies and TV shows enjoy a global audience and hold an important place in the world of entertainment.

Beyond the world of entertainment, Ashton is an ace investor and has been multiplying his fortune by investing in numerous firms. He was the co-founder of A-Grade Investments, a venture capital firm, in 2010.

Five years later, he announced that the company would be succeeded by ‘Sound Ventures’. Additionally, he is also known for investing in numerous start-ups, such as Lemonade Insurance, Skype, Airbnb, and Fab.com.

Ashton Kutcher was born and raised in Cedar Rapids (Iowa) to Diane Finnegan and Larry Kutcher. Ashton Kutcher’s family raised him a Catholic. Kutcher identifies himself as a fiscal conservative and also supports gun laws to curb recurring instances of mass shooting throughout the US.

He is an avid hunter and practices Jiu-Jitsu as well. He has earned a brown belt while training under the supervision of Rigan Machado, an 8th degree black and red belt holder in Brazilian Jiu Jitsu.

Kutcher enrolled at Washington High School, which he attended in his freshman year. Post that, he moved to Homestead in Iowa with his family and attended Clear Creek–Amana High School. During his days in high school, he performed on stage.

Ashton Kutcher’s parents parted ways when he was a teenager. Also, he was caught stealing money with his cousin during his senior year at high school. Consequently, he was charged with burglary (3rd degree) and had to serve 3 years of probation along 180 hours of community service.

Ashton believes that the experience ‘straightened him’, but also led to him being ostracized by the society. He lost out on several scholarships at school because of the incident.

His girlfriend, too, left him after she got wind of this. In 1996, Kutcher attended the University of Iowa, where he wanted to focus on a major in biochemical engineering. A big reason behind this decision of his was to cure his brother’s heart disease.

His sister’s name is Tausha and he also has a fraternal twin brother. Michael, Ashton Kutcher’s twin brother had to undergo a heart transplant at an early age.

He believes that his brother’s health condition had made his family life ‘difficult’ and ‘stressful’. Therefore, he started keeping himself busy in order to take his mind away from all the negativity that he was being subjected to.

During his days in college, he was thrown out of his apartment as the owners felt he was ‘too loud’ and ‘noisy’. Commenting on the incident, he said that he didn’t have a clue about last night and that he had “played’ way too hard.

In a bid to earn tuition money, he sold his blood plasma and also worked at the cereal department of a General Mills plant in Cedar Rapids.

During his days at the University of Iowa, Kutcher participated in a modelling competition named “Fresh Faces of Iowa”. He stood first in the competition and also won a trip to New York City’s International Modelling and Talent Association (IMTA) Convention.

Soon enough, Kutcher decided to relocate to Los Angeles to pursue a career in Modelling. He signed a deal with an agency named ‘Next Modelling Agency’ and appeared in commercials for numerous prominent brands, including Calvin Klein. He also worked as a model in Milan and Paris.

After establishing himself as a successful model, Kutcher had his eyes set on a career in showbiz. He moved to LA after auditioning for the first time. Ashton Kutcher’s portrayal of Michael Kelso was praised in ‘That 70’s Show’.

He starred in the show from 1998-2006 and became a household name. Over the years, Ashton Kutcher’s That 70s Show has risen to cult status and enjoys a rating in excess of 8 on IMDB.

Ashton Kutcher’s Punk’d became a raging success with the youngsters in 2003 because of its focus on ‘fresh’ and ‘natural’ comedy. He co-created the show with Jason Goldenberg and recorded celebrities’ reactions on camera after playing various pranks on them.

Kutcher was also the show’s producer and produced the show under Katalyst Films, a production company he runs along with Goldberg.  He was described as a ‘young actor who is heading in all directions at once.’ by the media in 2004.

Ashley Ellerin, a woman Kutcher dated in 2001 was murdered. Kutcher was asked to testify but was never considered a suspect. Ashton Kutcher and Demi Moore had an affair and friendship after Moore starred in Charlie’s Angels in 2003.

They disclosed their relationship to the media at the movie’s premiere. Despite having an age difference of 16 years, the both decided to get married in 2005.

However, the marriage soon turned sour after Moore alleged that Kutcher had been cheating on her. She also stated that after two decades of sobriety, Kutcher had been encouraging her to drink again.

There were recurring tensions in the household, as stated by Moore during various interviews. Consequently, the two decided to file for a divorce in 2011, after six years of marriage. Their divorce was finalized in 2013.

In 2012, Ashton Kutcher and Mila Kunis began dating. Kunis had co-starred with Kutcher in ‘That 70’s Show’ and the two got together almost immediately. They got engaged in 2014 after dating for a couple of years.

Ashton Kutcher’s children are Wyatt Isabelle Kutcher (born 2014) and Dmitri Kutcher (born 2016). Ashton claimed that he was impressed by her talent and wanted her to stay with him for life.

Apart from a career in films, Ashton is also a popular figure in the venture capital funding space. Ashton Kutcher’s investments in various startups have been reported by various media outlets. He has doubled up as a venture capitalist and an angel investor.

His investment portfolio includes the likes of Robinhood, Airtable, Flexport, Affirm, etc. He has invested in more than 40 companies during the course of his career as an investor and also runs a production house named Katalyst Films with Jason Goldberg.

Ashton Kutcher’s net worth is estimated to be in excess of US$150 million, thanks in part to his film roles and production ventures. Also, he has been able to rake in the moolah by becoming a prominent figure in the world of investments.