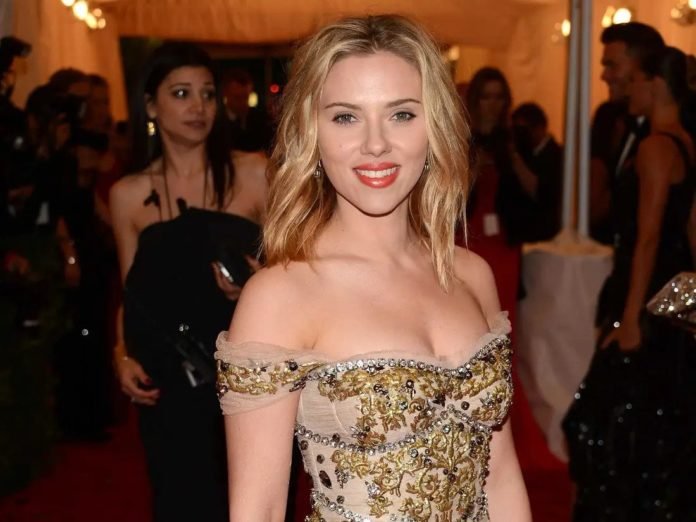 Johansson was born in Manhattan and wanted to make it big in the world of acting and showbiz ever since she was a child.  However, her parents wanted her to complete her education.

Known for playing characters having countless shades of grey, Johansson is also considered a prominent ‘sex symbol’ by the American media. She started out as a child actress and acted in numerous productions, including North (1994), Manny & Lo (1996), Home Alone 3 (1997).

However, she made her debut as an adult in 2003 with ‘Lost in Translation’. She was even nominated for a Golden Globe award recently, but Scarlett Johansson’s Golden Globe 2020 journey ended after she lost the award for the Best Performance in a Motion Picture-Drama to Renée Zellweger.

As of 2020, Scarlett Johansson’s movie ‘Black Widow’ was all set to be released, but got pushed to 2021 because of the COVID 19 pandemic.

Scarlett Johansson’s Netflix original film ‘Marriage Story’ became a critical success and her performance in the movie got nominated for a Golden Globe.

Scarlett Johansson’s Beliefs, Interests and Everything in Between

Scarlett identifies herself as a Jew, but is quite open minded. During an interview, she stated that she enjoyed celebrating different festivals, including Christmas and Hanukkah. Also, she loves singing and has launched a couple of albums in her name. She is also a fan of Jazz music.

Her most-loved film is ‘Willy Wonka and the Chocolate Factory’. Additionally, she is a gifted vocalist and has released a couple of albums, ‘Anywhere I Lay My Head’ (2008) and ‘Break Up’ (2009).

Scarlett Johansson is registered as an Independent, but has showcased immense support for various Democrats. She supported Barack Obama during the 2008 Presidential campaign and stated that ‘My Heart Belongs to Barack’.

She even went on a tour on Barack Obama’s behalf. She organized various fundraisers in 2013 in support of Scott Stringer’s 2013 Borough President Campaign. Back in 2017, she was also part of the Women’s March on Washington and spoke about Donald Trump’s presidency and said that she would support Trump if he does not withdraw the federal funding for planned parenthood in the US and works towards strengthening women’s rights in the US.

Also, Hunter is Scarlett’s Johansson’s twin brother and is 3 minutes younger than her. Furthermore, she describes her childhood as nothing but ‘ordinary’, but stated that her parents always backed her when she told them about her dream of becoming an actress.

Scarlett Johansson attended a school in Greenwich Village, which is located in Manhattan. As a child, she used to perform song-and-dance routines in front of her family members.

She also took classes to hone her tap-dancing skills and attended the Lee Strasberg Institute of Theatre and Film to learn the art of acting. During this time, she began auditioning for commercials, but her interest in commercials took a backseat soon enough as acting became her first love. She also applied for the Tisch School of Arts at the New York University, but could not get through.

After starring in a string of movies as a child actress, Johansson made her debut as an adult in 2003 with ‘Lost in Translation’. The movie opened to rave reviews from the critical fraternity and has achieved cult status. Her fans would be happy to know that Scarlett Johansson’s Lost in Translation holds a 95% ‘fresh’ rating on Rotten Tomatoes.

After a string of minor roles, she collaborated with Woody Allen on three projects between 2005-09. Her first project with Allen was ‘Match Point’, which was a psychological thriller movie set in London.

The movie was received well by the members of the critical fraternity who praised the movie’s ‘British’ look and feel. ‘Scoop’ and ‘Vicky Christina Barcelona’ were the other two projects that were directed by Woody and starred Johansson in the lead role.

Debut in the Marvel Cinematic Universe and Rise in Popularity

In 2010, she starred as ‘Black Widow’ or ‘Natasha Romanoff’ in ‘Iron Man 2’ a movie directed by John Favreau. It is interesting to note that Scarlett Johansson’s Marvel journey has had its share of ups and downs. For a long time, Favreau wasn’t convinced that Johansson was ‘fit’ for the role. She had to dye her hair red and undertake intense physical training to fit into the ‘skin’ of ‘Black Widow’.

Since starring in ‘Iron Man2’, she has been an integral part of Avengers family. She has pivotal roles to play in many of the movies within ‘Avengers Infinity Saga’. And, now, she is finally getting a standalone ‘Black Widow’ movie that is about to release in 2021.

Apart from working in Marvel’s productions, she has also starred in several other million-dollar projects, such as Luc Besson’s ‘Lucy’, which was Europa Corp’s most expensive production in 2014.

She starred in the movie as the titular character, a young girl who is able to unlock the full capacity of her brain after a nootropic drug makes its way into her bloodstream. The movie, along with Scarlett’s performance, gained positive responses from just about everybody. Consequently, Scarlett Johansson’s ‘Lucy’ turned out to be one of the most successful movies of 2014.

This leading lady from Hollywood is also known for starring in ‘Ghost in the Shell’ (2017), where her character faced backlash as it was from another race. 2019 saw her starring in two critically and commercially successful movies.

The first one was ‘Marriage Story’, in which she starred alongside Adam Driver as a woman undergoing divorce proceedings. Her second critically-acclaimed role came in ‘Jojo Rabbit’, a Nazi satire set during the fag end of WWII.

Simply put, she is one of Hollywood’s most prominent leading ladies. To appreciate her incredible journey, a wax statue of her was designed and installed in Madame Tussauds, New York in 2015.

Scarlett Johansson’s personal life has been covered extensively by media outlets across the world. Scarlett Johansson’s boyfriend during her teens was Jack Antonoff. However, they broke up after graduation and Antonoff ended up writing a song named ‘Better Love’, which was about the time he spent with Scarlett.

Scarlett Johansson’s boyfriend from 2004-2006 was Josh Hartnett, but the two separated as professional commitments kept them apart for a long-long time.

In 2008, Scarlett Johansson and Ryan Reynolds got married in a private ceremony, but the marriage didn’t last long. During an interview, the actress stated that she and Ryan had frequent arguments and that the both of them could not take time out for each other. Hectic professional commitments had a major role to play in the divorce that was finalised in 2011.

Although the couple separated after some time of their marriage, both of them hold joint custody of the child. Johansson cited time constraints as one of the major reasons behind the divorce, but admitted that she and Romain are friends till date.

After her failed marriage, she got into a relationship with Colin Jost. Scarlett Johansson and Colin Jost (head writer of Saturday Night Live) got engaged in May 2019 and eventually married in October 2020.

Scarlett Johansson’s Earnings and Net Worth

Scarlett Johansson is one of the world’s top actresses in terms of talent and earnings. At present, Scarlett Johansson’s net worth is estimated at US$165 billion, all thanks to her roles in movies and countless brand endorsements for the likes of Mango, Louis Vuitton, L’Oreal, and Dolce & Gabbana.