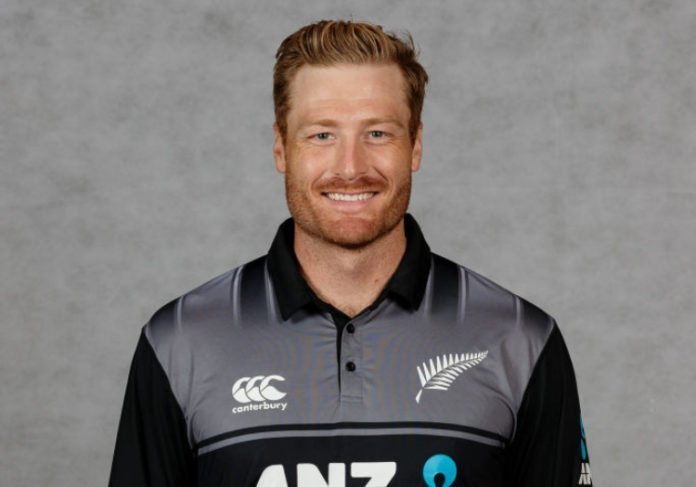 Martin Guptill is one of the top batters produced by the New Zealand cricket team. He plays as an opening batsman in both the limited-overs formats of the game. A striking feature of Guptill’s batting is his fearlessness. He is a tough customer to contain when in full flow because of his ability to put the bowlers to the sword.

Martin Guptill’s career went uphill when he was asked to open the batting alongside Brendon McCullum. Guptill’s game revolves around one common belief, i.e., attack the bowlers if you have to put them under the pump (pressure). He is an attacking opening batsman who makes full use of the opportunities he gets during the powerplay overs.

Guptill had the second-highest run aggregate for New Zealand during the 2015 ICC Men’s Cricket World Cup. He performed consistently during the tournament and made valuable contributions (with the bat and in the field)
Martin Guptill’s highest individual score is 237. He is the first and only cricketer from New Zealand (and 5th overall) to have notched up a double century in ODI cricket. Martin Guptill holds the record for the highest score made by a batsman in World Cup Cricket. He achieved the feat during an ICC Men’s Cricket World Cup 2015 QF against the West Indies.

Martin Guptill‘s birthplace is Auckland, where he was born on 30 September 1986. Not many know that he lost his toe (left foot) in a horrendous accident. Martin Guptill’s wife is Laura McGoldrick, who is a journalist/ reporter by profession. Martin Guptill’s cousin is Michael Guptill Bounce, who also plays professional cricket for Auckland. Peter Guptill, Martin Guptill’s father and a legendary figure in the history of Suburbs New Lynn Cricket Club, passed away in 2017 after a prolonged battle with cancer.

He was part of Kelston Boys High School for (four) 4 years. He attended Avondale College for a while to focus on his cricketing skills. It is here that he honed his batting and fielding. Martin Guptill has a couple of children Harley (daughter) and Teddy (son)

Martin Guptill is a Christian and visits the church on a regular basis. He loves listening to music. His nickname is Guppy.

Martin Guptill’s domestic career began with Auckland. Martin Guptill’s first-class came in March 2006, where he got out without scoring in his debut innings. However, he followed it up with an imperious 99 in the second innings of his debut match. Guptill played county cricket during the latter part of the county season for Derbyshire CCC (2011). He was always known for his ability to hit the ball hard.

Martin Guptill played U-19 Cricket for New Zealand during the 2006 edition of the ICC Men’s U-19 Cricket World Cup in Sri Lanka.

He faced the first ball in the first-ever Day-Night (Pink Ball) test match against Australia in Adelaide. Furthermore, he is the first man to be dismissed in a pink-ball Test Match.

As a One-Day Specialist

Martin Guptill also scored consecutive centuries against England in 2013. He scored 330 runs in a 3-match series (a record at that time). He has become one of New Zealand’s best white-ball cricketers. Guptill has more than 6500 ODI runs under his belt (as of 2021), and is expected to get more runs in the next couple of years as well.

His ability to attack the bowlers on both sides of the powerplay makes him a popular figure. His game revolves around one belief, i.e., live by the sword and die by the sword. He will go after the bowler if the ball is there to be hit.

Martin Guptill’s T20 journey has been nothing short of exciting and adventurous. He was the highest scorer in T20 cricket until Rohit Sharma broke the record by surpassing him. Guptill has represented several T20 franchises across the globe, including Mumbai Indians and Sunrisers Hyderabad (IPL), Sydney Thunder (BBL), St. Kitts and Nevis Patriots, and Barbados Tridents (CPL).

Martin Guptill’s performances in the Indian Premier League (IPL) have been disappointing, to say the least. His inability to play spin renders him vulnerable (at times). However, his record for New Zealand in Twenty20 International cricket is reasonably good. Guptill’s average in Twenty20 cricket for New Zealand is over 30.

His weakness against spin bowling is a long-standing issue that he will have to resolve before the commencement of the ICC Men’s Twenty20 Cricket World Cup in the UAE and Oman this year. He is one of New Zealand’s most experienced cricketers (along with Kane Williamson) in the Twenty20 format. Therefore, he must come good before the world cup.

Martin Guptill’s net worth is US$ 3 million. However, it is expected to go up if he performs well in the upcoming ICC Men’s Twenty20 World Cup. A lot is riding on Martin Guptill’s shoulders in the upcoming T20 mega event as he is one of the team’s most experienced members; and capable of turning on the fireworks in the shortest format of the game.