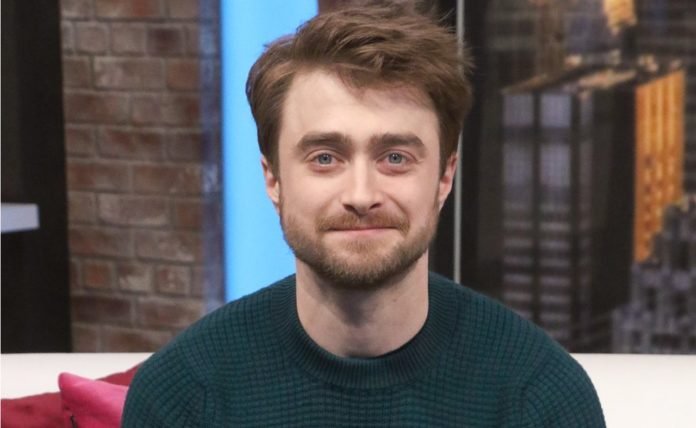 Daniel Radcliffe is a British actor known for starring as the titular character in the ‘Harry Potter’ film series. This lad from London has been able to carve out a niche for himself in recent times, all thanks to his charming (and bubbly) personality.

Over the course of his career, the Englishman has starred in movies across various genres, such as The Woman in Black (horror), Lost in London (comedy), and Imperium (crime thriller). Having made his screen debut in David Copperfield, a TV film based on Charles Dickens’ bestselling novel, Radcliffe got his first big break when he was cast as ‘Harry Potter’.

Based on a series of novels written and developed by J.K. Rowling, the films have garnered a cult following, and are admired by viewers and enthusiasts from all corners of the world. He has starred in eight (8) movies as part of the ‘Harry Potter’ movie franchise.

Radcliffe is also a popular television and theatre personality and has starred in numerous TV shows and stage productions. Additionally, most of the movies starring Daniel Radcliffe have enjoyed a strong run at the worldwide box office.

Radcliffe identifies himself as a ‘Jew’ and an ‘Irish’ despite being an ‘Englishman’. He is an atheist and hates it when religion begins to have any kind of impact on legislation.

Daniel Radcliffe was born in London on July 23, 1989, and is the only child of George Radcliffe and Marcia Gresham. His father is a literary agent while his mother is a casting agent. Radcliffe was raised in Essex and describes himself as shy. He attended the Redcliffe school in Chelsea. He was then sent to Sussex House School where he studied for a while. Over the course of his student life, Radcliffe attended 3 different boy’s schools.

Soon enough, his professional commitments began interrupting his educational growth. Therefore, he began taking classes while shooting on sets by roping in private tutors. However, he said (during an interview) that he wasn’t a very good student during his days in school.

However, he was still able to attain 3 A Grades in AS Level exams that he wrote in 2006 as a 17-year-old. During the early 2000’s, Daniel Radcliffe’s young and charming looks became popular amongst masses. Many believed Radcliffe to be the ideal choice for playing Harry Potter on screen.

Daniel Radcliffe made his debut in BBC One’s adaptation of David Copperfield in 1999. However, he received worldwide recognition after he was chosen to play the chief protagonist in the Harry Potter Series. J.K. Rowling recalled during an interview that she wanted a fresh face that wasn’t ‘familiar’.

David Heyman walked into a theatre and bumped into Daniel’s father. He was called for an audition and after a fairly lengthy selection process, Daniel was finalized to play Harry Potter. The makers were convinced that he had the ‘balls’ to fit into Harry’s skin.

Daniel Radcliffe’s Harry Potter has become an integral part of the UK’s cinematic folklore, and Radcliffe has become synonymous with the character, so much so that it is difficult for people to imagine any other actor as Harry Potter.

Commenting on his favorite book in the series, Radcliffe said that he loved reading ‘Harry Potter and the Prisoner of Azkaban’. Furthermore, he added that ‘Hagrid’, played by Robbie Coltrane, is his favorite character from the series.

Other Projects Apart from Harry Potter

Radcliffe’s first movie away from the ‘Harry Potter’ franchise was ‘December Boys’ (2007). The TV adaptation of ‘David Copperfield’ isn’t being considered because it was a television film.

Moving on, Daniel Radcliffe’s first film after the completion of the ‘Harry Potter’ series was ‘The Woman in Black’ (2012), which was an adaptation of the novel written by Susan Hill.

Radcliffe played a lawyer named Arthur Kipps who battles it out against an evil spirit that happens to be on a killing spree. The movie was received well by the critics, most of whom praised Radcliffe’s performance and termed it as ‘genuine’ and ‘believable’.

A sequel to ‘The Woman in Black’ was released a couple of years after the release of the first film, but Radcliffe wasn’t included. Instead of him, it was Jeremy Irvine (of Warhorse fame) who was chosen to play the lead role in the second installment.

Daniel Radcliffe is in a relationship with Erin Darke, an actress she met on the sets of ‘Kill Your Darlings’ in 2013.  For those of you who do not know who Darke is: she’s an American actress and was born in Michigan, Flint.

Daniel Radcliffe and Erin Darke have made several public and media appearances during the course of their 7-year-long relationship. Interestingly, Erin is 5-years older than Radcliffe. As of 2020, Radcliffe does not have kids.

Daniel Radcliffe had admitted that he had slept with a few fans of the ‘Harry Potter’ franchise while he was drunk. It was during an interview in 2012 when Radcliffe revealed this fact.

Daniel Radcliffe’s net worth is a whopping US$ 110 million. Quite a staggering statistic, given that he’s just 31 years old.

All thanks to the roaring success of the ‘Harry Potter’ film series, Radcliffe was able to rake in a lot of moolah before the age of 18.

Radcliffe is also associated with a company named Gilmore Jacobs. It was founded by his parents when Daniel was still a young boy. The company deals in theatrical productions and presentations. The head of the company is located in Essex.