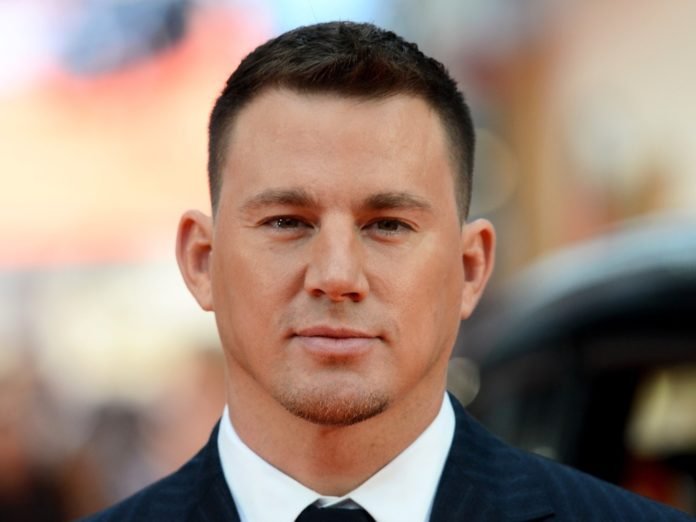 In case, there is a movie made about a real-life stripper becoming a reel-life stripper, then Channing Tatum name will be at the top of the casting list. You want to know the reason why? Because he has actually gone through the same transition in his life, and more importantly, has the physique and looks to play that role.

Very few male actors become the center of attention due to their sheer sexuality. Channing Tatum is one such actor. He has been nominated the sexiest man by People’s magazine in 2012.

Channing Tatum is also an exceptional dancer. Movies like ‘Step Up’ are a proof of his now legendary dancing skills. Apart from acting and dancing, Channing has worked as a producer in movies like ’21 Jump Street’.

Channing Tatum has a fascinating personality. He has the physique, the looks and the fame to attract just about any woman in the world. In the initial part of his career, Channing was rumored to have been dating Amanda Bynes, his co-star in the movie ‘She is the Man’.

Although this relationship was never confirmed, he soon landed into another more progressive and defining relationship with his co-actor in the movie ‘Step Up’. Channing Tatum and Jenna Dewan romantic partnership lasted for nearly 13 years and they even had a baby through that relationship.

They romanced between 2006 and 2009, married in 2009, and unfortunately divorced in 2019. Channing Tatum daughter along with Jenna is named Everly Tatum. After the relationship ended, Channing and Jessie J started dating. They were never really stable partners, and their relationship became popular because of its on/off status.

Channing Tatum Instagram was regularly updated by pics and relationships updates with the female singer. However, the romance finally ended in 2020, when the couple decided to go their separate ways.

Channing Tatum is a Christian by faith and even attended a Christian school called Tampa Catholic High School.

As far as politics is concerned, Channing Tatum does not have any preference between Democrats and Republicans.

He believes in the cause of farmers and supports them via Runa Foundation. Some other charities that he strongly believes in are Baby2Baby, Dizzy Feet Foundation and Keep A Child Alive.

He is a sports lover and likes to play all kinds of sports including American Football and baseball.

Channing Tatum hails from Alabama and was born to a construction worker named Glenn Tatum and an airline employee Kay Tatum. Although he was born in Cullman, Alabama, the family moved to Pascagoula, Mississippi where Channing spent his early childhood.

He struggled to learn in school because he suffered from conditions like dyslexia and attention deficit. Despite his limitations, Channing started excelling at sports and participated in a wide range of sporting activities. Baseball, football and soccer were his favorite sports while growing up.

Channing Tatum graduated from Tampa Catholic High School. While applying for a college in Glenville, he was awarded a scholarship because of his football talents. Although initially, he joined the college, but later he decided to forego education and eventually became a stripper at a nightclub. Much later in his career, it was discovered that he worked at a nightclub in Florida under the alias Chan Tatum.

Channing Tatum joined the showbiz industry as an extra for Ricky Martin’s music video ‘She Bangs’. It was a very humbling beginning for an actor who would eventually become a star. He received a payment of just 400 US dollars for his short yet sexy performance in the video alongside the Latin sensation.

But despite been a short appearance, it opened his way to the modelling world and finally to the Hollywood. Before joining the movie industry, Channing Tatum modelled for mega brands like Armani and Dolce & Gabbana, and even appeared in television advertisements.

Channing Tatum ventured into movies with a role opposite his rumored girlfriend Amanda Bynes. The movie was called ‘She’s the Man’ and it received critical acclaim.

Next in line was one of the most popular Channing Tatum movies called ‘Step Up’. In the movie, he starred alongside the real love of his life, his future wife Jenna Dewan. The movie highlighted the real talent of Channing. His dancing skills amazed the audience, and he became a star overnight.

Although the movie was criticized by many reviewers, it won Tatum the much-needed audience approval. In 2008, he starred once again in the sequel to the first ‘Step Up’ movie called ‘Step Up 2: The Streets’.

Journey to Being an Action Hero

Starting off as a teen sensation, Channing quickly turned his sights to action and more serious roles. He appeared in ‘Fighting’, which was an out and out action movie with a lot of fistfights.

Later, he starred alongside Johnny Depp in one of the landmark movies called ‘Public Enemies’. His performance was mature and hard-hitting. Critics loved him and the audience saw a new side of him that was much more serious.

In 2008, Channing Tatum got a starring role in ‘G.I. Joe: The Rise of Cobra’. The movie earned him global fame because of its mainstream appeal.

Another movie that showed different shades of Channing Tatum as an actor was ‘Dear John’. He acted in the movie with the sole purpose of learning from the famous Swedish director Lasse Hallström.

2012 was a very successful year of Tatum as he received various awards including ‘sexiest man alive’ by People’s magazine.

Channing Tatum as Magic Mike in the movie of the same name took the actor back to his roots. His dancing and oh-so-sexy stripping were in full show in the movie. He starred alongside other Hollywood beefcakes and won the hearts of women and men across the globe. There was even a sequel to the first movie called ‘Magic Mike XXL’, but unfortunately it failed at the box office.

In 2013, he shared the screen with some of the biggest Hollywood stalwarts including the former wrestler ‘The Rock’ in the sequel to the first G.I Joe movie called ‘G.I. Joe: Retaliation’.

Another notable movie in Channing Tatum movies career is ‘21 Jump Street’. He starred alongside Jonah Hill and kicked off a legendary partnership. The duo played cops in the comedy movie and their chemistry was appreciated by the fans. While Jonah wrote the script of the movie, Channing Tatum was the producer.

There was a sequel to the movie called ‘22 Jump Street’, which also did very well at the box office. There have been rumors about a third sequel in the franchise, but nothing is confirmed yet as in 2020.

Apart from been a famous actor, he also runs two production houses called Iron Horse Entertainment and 33andOut Productions. Channing Tatum net worth is estimated at a handsome 65 million US dollars.