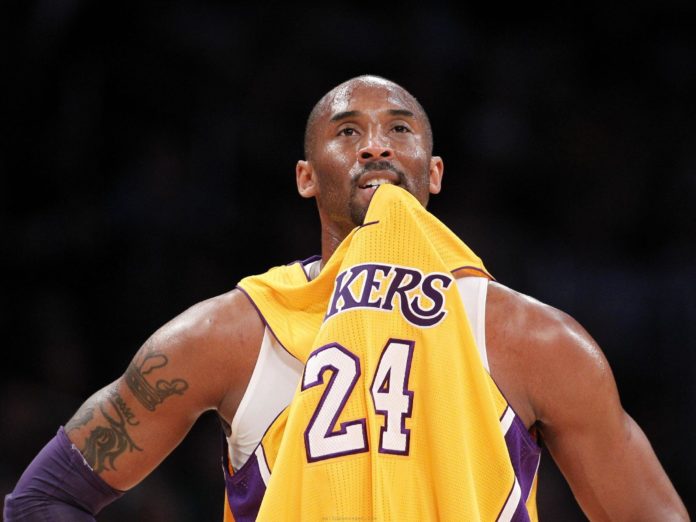 Basketball is a very athletic sport. You need to be fit, tall and agile, if you want to survive in this high-paced sport. Kobe Bryant was everything a basketball player can dream to be. He was a precocious talent and rose quickly to fame.

In the game of basketball, it is hard to find players who stay at one franchise throughout their career. But, Kobe did that and did that with style, winning 5 NBA titles along the way.

Even after his retirement, he stayed loyal to the game and started a few ventures (like a series called Detail on ESPN+) to enlighten the rookies and the fans about the finer points of the game.

Unfortunately, Kobe’s life was cut short due to a helicopter crash. However, his life was a celebration of the game of basketball, and the legend still survives in the thoughts of his fans.

At the time of his death, Kobe Bryant wife was Vanessa Bryant. The couple had a nearly two-decade long relationship. There were a few ups and downs in the marriage, including a sexual assault charge, which he denied. Although Kobe never accepted the assault charge, he did however acknowledge that he was unfaithful to his wife.

Despite the lows, the couple persevered with their relationship. The first of Kobe Bryant kids was Natalia who was born in 2003. When Vanessa got pregnant for the second time, she had a miscarriage. However, the couple was blessed with another baby girl on May 2006. They named her Gianna.

After completing their ten years of marriage, Kobe and Vanessa went through some testing times and almost divorced. But they reconciled later. In 2016, Vanessa was pregnant again and gave birth to their third daughter, who they named Bianca. Three years later, there was another entry into the family with the birth of fourth daughter – Capri.

Despite their not-so-smooth relationship journey, the couple stayed together till the end. Sadly, when Kobe Bryant’s helicopter crashed in the January of 2020, he was with his second daughter Gianna who also died in the incident.

Like many of his fellow Americans, Kobe Bryan was raised as a Roman Catholic. Even when times were tough while he was facing sexual assault charges, he hoped that god will guide him through the testing times. As far as politics is concerned, Kobe was a democrat. He was a friend of president Barack Obama.

Kobe was an outdoor person who loved physical activities like swimming and playing football (better known as soccer in the US). He was also a fan of Jay-Z’s music.

Born in Philadelphia, Kobe was the son of a past NBA player named Joe Bryant and Pamela Bryant. He was the youngest of the three siblings, and the only male child.

Kobe started learning basketball at the tender age of three. Since the very beginning, he followed Lakers and dreamed of playing for them. However, he had to leave the US for Italy as his father retired from NBA and started his playing career in Italy.

But Kobe did not leave his love for NBA far behind. While in Italy, his grandfather used to mail him NBA videos, which he used to study in order to improve his game.

When Kobe was 13, his family moved back to the US. He started earning fame as a basketball player while he was studying at Lower Merion High School in Ardmore. Kobe was transforming into a recognizable young star, and he wanted to go pro without wasting anytime.

Through the 1996 draft and a series of fortuitous events, he made his move to the Lakers. And from the very beginning, he was very impressive.

Kobe Bryant As a Rookie

While he was a rookie, Kobe Bryant impressed everybody and became the youngest player to play an NBA game (he was only 18 years and 2 months and 12 days old). In his first season, he averaged 15 and a half minutes per game.

He even won the slam dunk contest in 1997. Although Lakers could not win the NBA that year, losing out to Utah Jazz in 5 games, Kobe really showed his talents. However, the real success did not come early. He spent three seasons without actually winning the NBA. But he was slowly and steadily maturing into a world-class player.

When Phil Jackson joined Lakers, they hadn’t won the NBA for quite a while. However, the new coach had tremendous championship winning experience with Chicago Bulls, and it definitely came in handy.

Kobe along with Shaquille O’Neal became a force that was unstoppable. Lakers won three titles one after another in 2000, 2001, and 2002. New records were created by the maestro and the whole world started taking notice of his talents.

Although Kobe was primarily a shooting guard, his all-round play was exceptional. His defensive play and rebounding along with immaculate shooting made him the star performer for the Lakers.

Although Bryant and Lakers were a force to be reckon with in the first decade of the 21 st century, they could not win an NBA title from 2002-2008. Partially, it was due to the departure of Shaq and controversies surrounding Kobe due to the sex assault allegation. Kobe still kept his level high and made new records despite not winning the title during this time.

Top of the World Again

There were times when many believed Kobe’s time has ended, but it wasn’t so. The 2008- 09 season started with a bang as Lakers won their first 7 games. At the end of the regular season, they had a record of (65–17). Even in playoffs, Lakers were irresistible and Kobe was at his best. They destroyed Orlando Magic in the final playoff in just 5 games.

2008-09 season put Kobe at the top of the pile in terms of greatness and legendary status. Comparisons with all-time great Michael Jordan also ensued. But no one anticipated that Kobe would do better than what he did in the previous season. But that is exactly what
happened.

Kobe’s performances were almost miraculous. He scored 6 game winning shots during the course of the season. In the finals, Lakers came up against the magnificent Boston Celtics. It was a close-run series, but Kobe was able to guide the Lakers to victory in the game 7 of the series. His numbers were once again, astounding!

Kobe kept on playing till 2016 for the Lakers. When he ended his career, he was the winner of 5 NBA championships and 2 NBA final MVPs. He is the 4 th highest points scorer in the history of NBA with 33,643 points.

He is even ahead of the all-time legend Michael Jordan who stands fifth in the list at 32,292 points. There are numerous other records that Kobe has made, but it was his playing style that captured the imagination of the whole world.

He was known as the Black Bamba, always ready to strike the opposition team with his deadly shooting. Kobe Bryant jersey number 8 and 24 are the most coveted amongst fans.