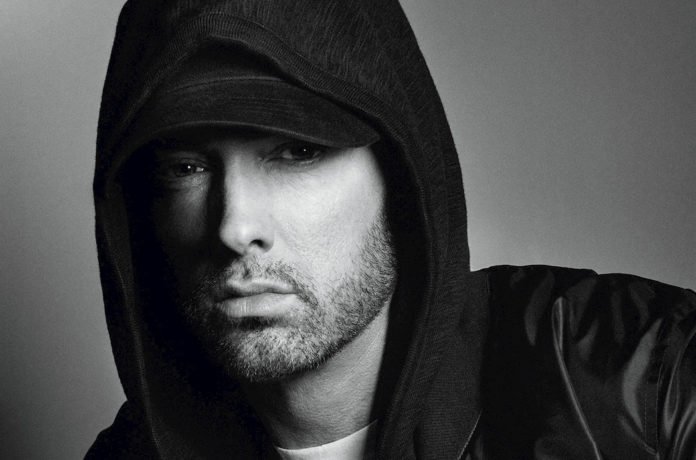 Born as Marshall Bruce Mathers III, Eminem is a rap legend. Although he has remained immensely controversial, Eminem is regarded as one of the top artists in the world. His success is unprecedented and Eminem Oscar win for his song ‘Lose Yourself’ is one of its kind as no other rapper has got such a prestigious accolade.

Eminem songs evoke a sense of passion, make people tap the floor and just get lost in the beat. After touching great heights with his singing career, he even launched a music company called Shady Records. Not many know that the popular rapper ‘50 cent’ was launched via Eminem’s company.

Regardless of what Eminem has achieved in his life or what he will achieve later, he will always be remembered as the rapper who changed the way people look at the hip hop genre.

Eminem has married only one woman in his life, but he has done that twice. Apart from that, he has had many affairs, some rumored and some real. Amongst the many women he has dated, popular names like Brittany Murphy and Mariah Carey come up. There are many other rumored relationships and he has been linked with popular stars like Britney Spears and Tara Reid.

Eminem dated Kimberly Anne Scott at a very young age and the couple had a daughter together in 1995. They named her Hailie. The couple married much later in 1999, but it did not last long.

It is even believed that Kimberley decided to kill herself after learning that Eminem was cheating on her by having an affair with her twin sister Dawn. After the divorce in 2001, the couple married again for their daughter’s sake in 2006. But the second stint was even shorter, lasting only for a few months.

Eminem wasn’t born into a religious family but later in life he started believing in god. In one of his interviews, he has claimed that he prays often since he has discovered god.

As far as politics and social beliefs go, Eminem has received quite a lot of flak. He is labelled as a misogynist and homophobic by various groups of people because of the controversial lyrics of his songs.

The fact that Eminem uses words like ‘faggot’ in his songs does not make him popular amongst gay right activists. But Eminem has always maintained that he does not use such words because he is homophobic.

It is all part of his creative expression, which is influenced by his upbringing in a rough neighborhood. As far as politics is concerned, Eminem supported Obama and opposed Bush in the political campaign, which leads us to believe that he has Democratic affiliations.

He has even expressed his displeasure at some of Donald Trump’s policies who is the Republican president of the US (in 2020).

Early Life and Love for Rapping

Very early in his life, he saw his parents separate. His father moved to California and he stayed in Missouri with his mother. Due to lack of money, Eminem and his mother had to constantly change their accommodation. They lived with many relatives during the early years of Eminem’s life.

For most of his young life, Eminem lived in a black neighborhood and was constantly bullied by other kids. But living in such surroundings exposed him to hip hop and he started to learn how to rap.

As a rapper, he adopted the name M & M, which later evolved into Eminem. Due to his talent for rhymes, he instantly rose to fame within the underground hip hop scene.

Eminem created his first group New Jacks in 1988. The name of the group was changed to Soul Intent in 1992. He collaborated with many past friends and eventually formed a group called ‘The Dirty Dozen’, which released an album called Devil’s Night in 2001.

But before that, there were a lot of struggles in his life. He used to wash dishes at a family restaurant and even attempted to kill himself after taking drugs, but somehow survived. Till 1997, his music did not get the commercial success that everyone believed he deserved.

The failures resulted in the development of an alter-ego within Eminem called ‘Slim Shady’. This alter-ego held all his anger and rage, which is pretty evident from the songs he sang as Slim Shady.

Eminem released the Slim Shady LP in 1999 and it became an instant hit. The comical yet troubled lyrical tone resonated with the audience and a star was born. Songs like ‘Guilty Conscience’ and ’97 Bonnie and Clyde’ were quite controversial because of their lyrics, but it did not stop Eminem in achieving success and becoming famous.

At this time, Eminem was gaining negative publicity because of the controversial lyrics of his song. So, when he decided to perform with Elton John in 2001, people did not like the decision.

In 2004, Eminem released the album ‘Encore’ and its single ‘Just Lose It’ became a success pretty fast. At the time, Eminem’s journey was a mix of success and controversy as he had to struggle with several allegations. Even the talks of his retirement were rife, and he hit another rock-bottom when his childhood friend ‘Proof’ was murdered in 2006.

Eminem is a fighter, and he made a comeback with two albums Relapse and Relapse: Refill. The albums were commercial success. In 2010, Eminem launched another album called ‘Recovery’. It eventually became the number 1 album of 2010.

At the same time, Eminem partnered with Rihanna in a single called ‘Love the Way You Lie’. It became a cult disco song and was loved by the youth. It also became the number 1 single of 2010.

The Legend Lives On

Eminem songs are popular for their unique mix of emotional depth and comic tone. But they are mostly an expression of how Eminem has struggled in his life. In 2013, he released The ‘Marshall Mathers LP 2’ and it became his seventh back-to-back number-one album in UK.

Eminem has been constantly releasing new albums, which are cherished by his fans across the globe. With albums like ‘Kamikaze’ in 2018 and ‘Music to Be Murdered By’ in 2020, he constantly keeps on surprising his fans.

His latest video featuring Mike Tyson and Dr. Dre. are grabbing the attention of audience. Apart from hip hop, his music is also influenced by rock with elements of Jimi Hendrix and Led Zeppelin observed in the songs.

Eminem net worth is estimated at an incredible 210 million dollars. He has sold over 100 million albums across the globe and is regarded as one of the richest hip hop artists in the world. What is most appreciable about Eminem’s earnings is that he is not a big promoter of brands like other rappers. Most of his earnings are from his singing and album sale.