Thomas Jefferey Hanks, better known as Tom Hanks, is one of the most recognized names in the world of international cinema.

Born on 9 July 1956 in Concord, California, U.S., he is the son of a Portuguese mother and an English father. Movies with Tom Hanks in the lead role have grossed over 9 billion dollars worldwide, which has made him the most bankable star in the Hollywood.

There has never been an actor as prolific and as versatile as Tom Hanks. He has played two of the most iconic characters in popular movies Forrest Gump and Philadelphia, for which, he was bestowed with two Oscars in the best actor category.

He is only the second person to win Oscars in consecutive years after the legendary Spencer Tracy. But the greatness of this man can never be quantified in the number of trophies he has won.

There is a certain charm and aura that surrounds Tom Hanks, which transcends into every role that he plays. Tom Hanks is also known for his hard-work and will to fit into any character role.

He has even transformed his looks drastically by losing and gaining weight for movies like ‘Castaway’ and ‘A League of Their Own’. However, these transformations have taken their toll on his body as he is known to be suffering from Type 2 Diabetes. 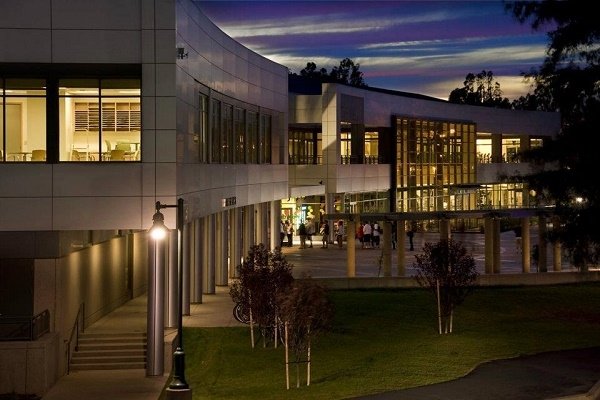 Tom Hanks has married twice in his life. With his first wife, Samantha Lewes, he had two children – Elizabeth and Colin.

After his divorce with Samantha in 1987, Tom Hanks married Rita Wilson with whom he has two sons: Chet and Truman. Colin Hanks is the most popular amongst Tom Hanks kids.

He has gone on to become an established actor in Hollywood with movies like ‘That Thing You Do!’ and ‘Jumanji: Welcome to the Jungle’. Colin is a very talented actor and he has avoided getting tagged as just Tom Hanks son by making a reputation of his own. 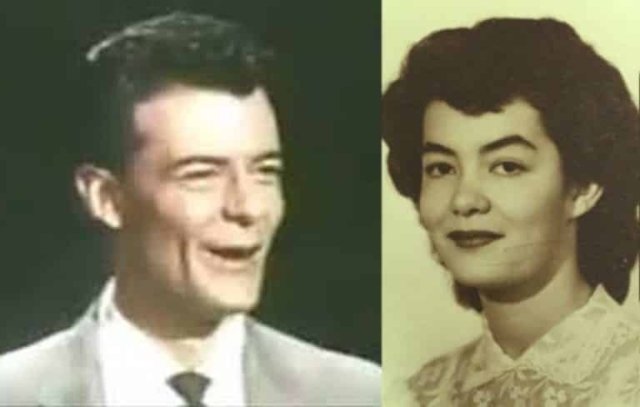 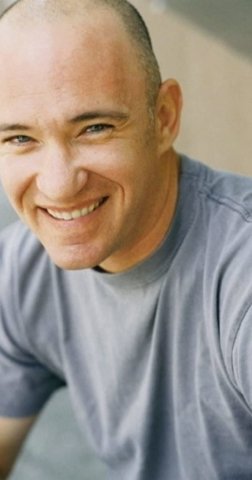 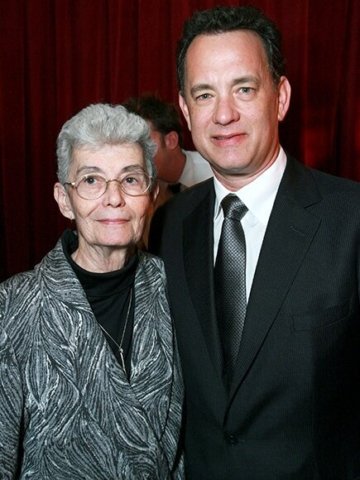 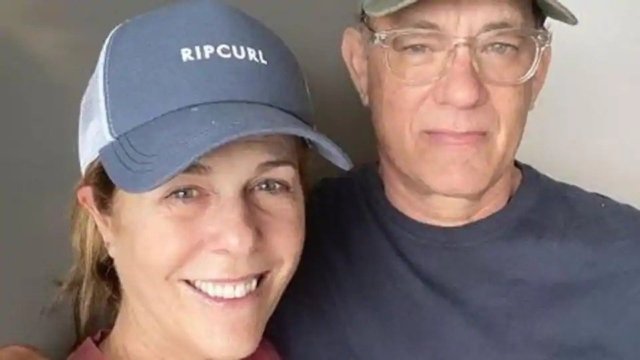 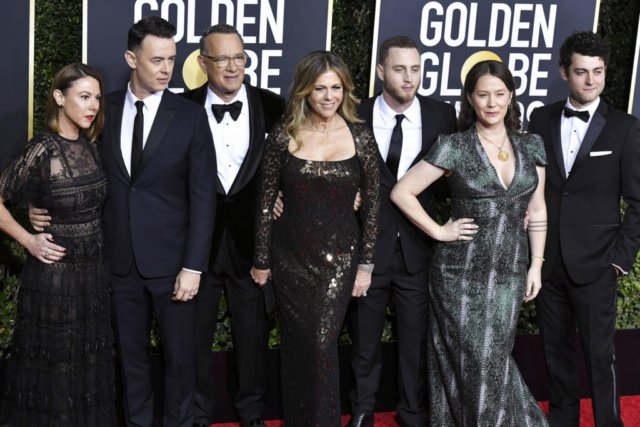 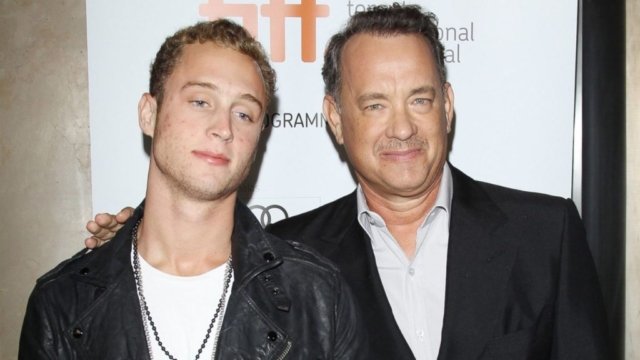 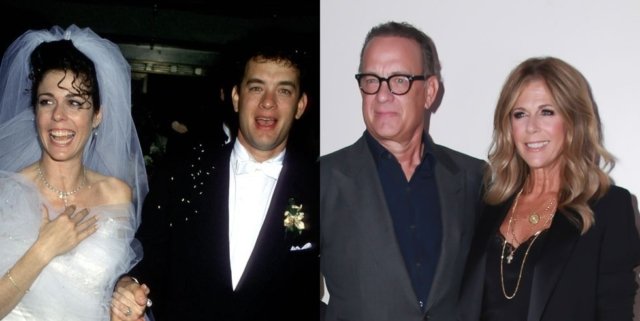 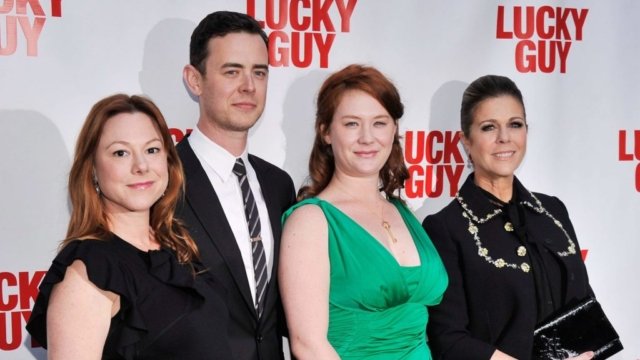 Tom Hank’s family has a religious history of Catholicism and Mormonism. However, he has said himself that he follows Evangelicalism.

Apart from religion, Tom believes in equality of humans and is a proponent of same-sex marriage. He also has interest in space and is a member of National Space Society.

Every actor has a unique story, just like his movies. Tom Hank’s story began in Concord, California. He was just 4 years old when his parents filed for divorce and separated in 1960.

He, along with his 2 elder siblings, moved with his father while the youngest brother stayed with his mother. In his early childhood, his family moved frequently from one house to another, changing nearly 10 houses before he was 10 years old.

The lack of stability could have had some sort of impact on his early school life, because despite his obvious talents he remained an unpopular kid in school. Who would have known at that time that such a shy and ordinary kid would transform into a world-famous actor?

When he was 9 years old, his father married a Chinese native by the name of Frances Wong. She gave birth to three children, out of which two kids lived with Tom Hanks through his high school years.

Tom Hanks has always had this ability to connect with audience from every part of the world. And, it is probably because he comes from this multi-cultural background, which has given him the ability to create rapport with global audience. 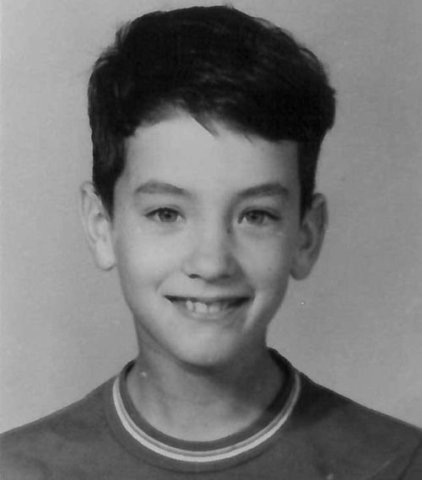 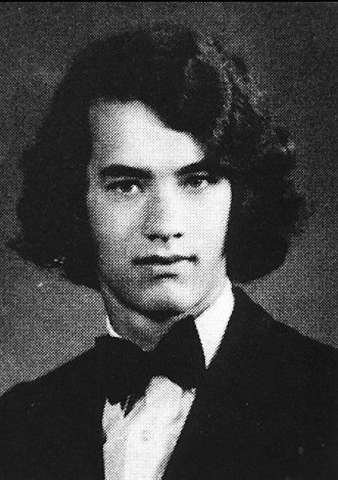 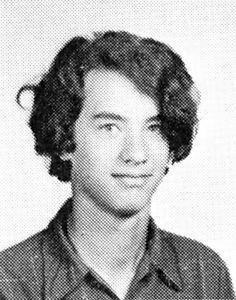 Tom Hanks got initiated into acting via a play called ‘South Pacific’ that he performed in his school – Skyline High School in Oakland, California.

As he was an ordinary student in his school days, he did not get very good grades. Although he tried his best to secure a seat at colleges like M.I.T. and Villanova, he could not do so as his SAT scores were too low.

For all his efforts, he was able to get into Chabot College in Hayward, California, which was filled with Vietnam war veterans and people of different age groups.

Here, he studied theatre and after two years of learning, he moved onto California State University, Sacramento.

While he was studying theatre, he got to meet Vincent Dowling who was the head of Great Lakes T heater Festival in Cleveland.

This was a groundbreaking event in Tom’s life as Mr. Dowling advised him to join the festival as an intern. Heeding the advice, Tom dropped out of college and did a three-year internship.

Here, he learned about set designing, theatre production, management of stage and other fine details, which later helped him in his career as a director.

At the same time, Tom Hanks was getting better with his acting skills and even won the Best Actor award for his villainous portrayal of Proteus in Shakespeare’s famous comedy ‘The Two Gentlemen of Verona’.

Just like any new entrant in the film industry, Tom started his journey in not-so-glorious roles. A slasher movie by the name of ‘He Knows You’re Alone’ (1980) and a show about RPG games ‘Mazes and Monsters’ (1982) were his first steps into the acting world.

If you haven’t watched or heard about these movies, then you are definitely not alone. Can you imagine Tom Hanks is a geeky RPG fanatic?

After a few average roles, Tom got a movie by the name of ‘Splash’ (1984). Initially, he was chosen for the role of the brother of the lead.

But eventually, he landed the lead role and the rest is history. The movie had a goofy premise, in which, Tom romanced a mermaid.

It became a surprise hit and grossed nearly 70 million dollars, which was quite a handsome sum for a movie in those days.

At this time, Tom’s image was of a comedy star, but he wanted to break the stereotype. So, he chose ‘Nothing in Common’ (1986) – a movie that was high on drama and relationships. 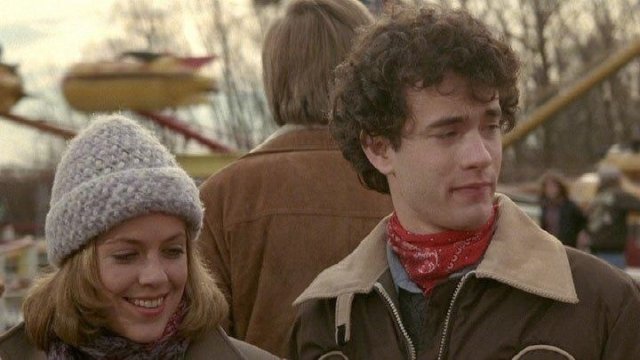 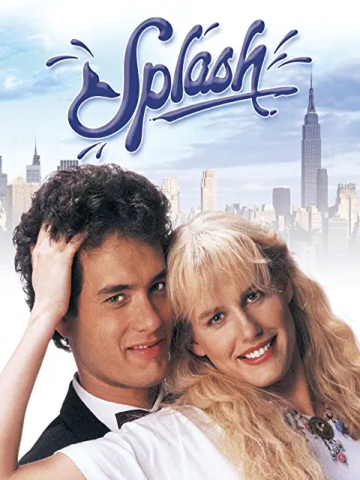 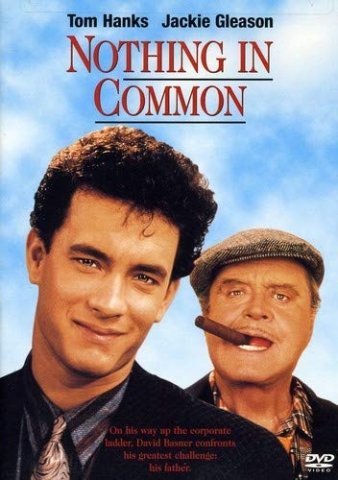 The movie became a hit and gained him recognition as a versatile actor who could portray the depth of different emotions.

Although he had quite a lot of hits in 1980s, there were also a few flops like ‘Volunteers’ and ‘He Knows You’re Alone’. But the number of hits was a lot more than misses, so Tom Hanks’ stock rose quickly.

The thing about Tom Hanks that fascinates industry experts is his box office appeal, even though he takes risks and portrays unique characters.

From the very beginning of his journey towards stardom, he had a gift to make even the most difficult roles simple.

The first biggest hit that got him his ticket to fame was a movie named ‘Big’. Then came ‘Turner & Hooch’, ‘Punchline’, and ‘A League of Their Own’, and he became the star he was destined to. But he was still a long way away from the pinnacle.

It won’t be an exaggeration if we consider the early 90s to be the Tom Hank era. His role in Philadelphia as a gay lawyer won critical acclaim and as a result fetched him his first Oscar.

But this was only the beginning. In the summer release of the movie Forrest Gump in 1994, Tom portrayed the role of a mentally retarded athlete/army man.

This has to be considered his finest performance in every respect. So confident he was in the success of this movie that he even traded his salary for a percentage share of its overall earnings.

It was a gambit that paid off big time and he earned nearly $40 million as a result. But he deserved every penny of the money he got because the emotions, physicality, tenacity and sheer personality of the character that he brought out; it could not have been done by anyone else.

After the highs of early 90s, Tom became a bankable star for many directors. In the 90s and early 2000s, he delivered hits after hits in amazing movies like ‘Castaway’, ‘The Terminal’ and ‘Catch Me If You Can’, in which, he associated with several famous directors.

But one association that actually deserves a mention is his partnership with the iconic director Steven Spielberg.

He has done a total of 5 movies and a miniseries by the name of ‘Band of Brothers’ with Steven. Tom Hanks has also tried his hand at direction and has directed movies like ‘That Thing You Do’ and ‘Larry Crowne’.

Tom Hanks is still pretty active and has recently received a nomination for Best Supporting Actor in 2020 for the movie ‘A Beautiful Day in the Neighborhood’.

Although he lost out to Brad Pitt in the race, he still remains a colossal actor who we expect to complete the hat-trick of Oscar anytime soon. Tom Hanks movies will always be remembered for their timeless appeal, and we are expecting more from him in the coming years.

Tom Hanks is amongst the richest movie stars and no one can say he does not deserve it. As of now, Tom Hank age is 64 years.

At this juncture in his life, Tom Hanks net worth is estimated to be around 400 million dollars, which puts him in the elite list of top 20 richest actors in the world.

Even Forbes, in 2017, had ranked Tom Hanks at number 12 position on its top-earning actors list with a whopping salary of $31 million. 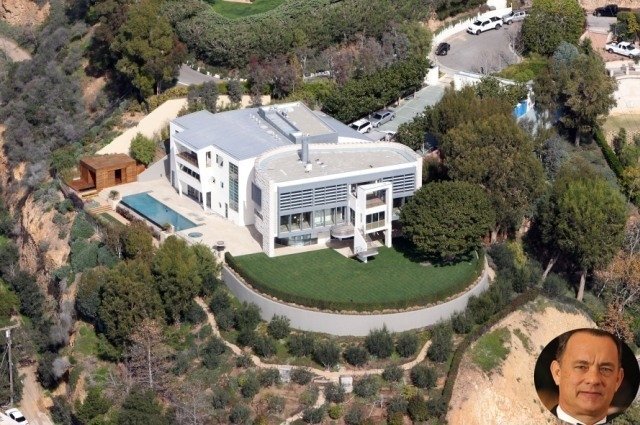 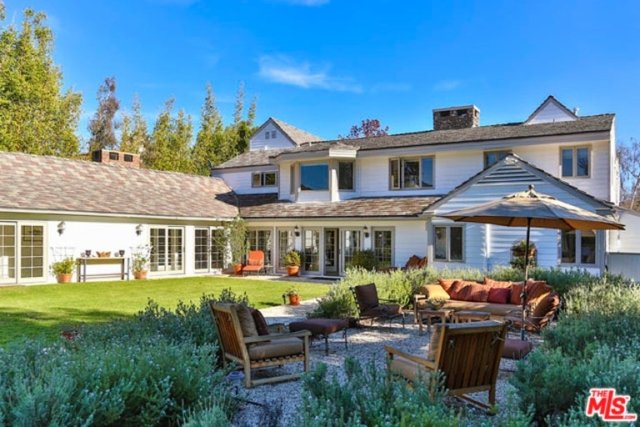 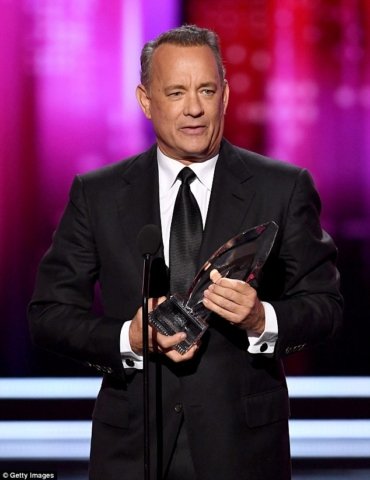 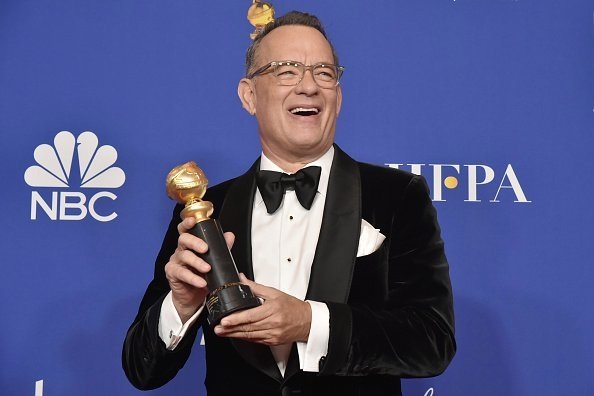